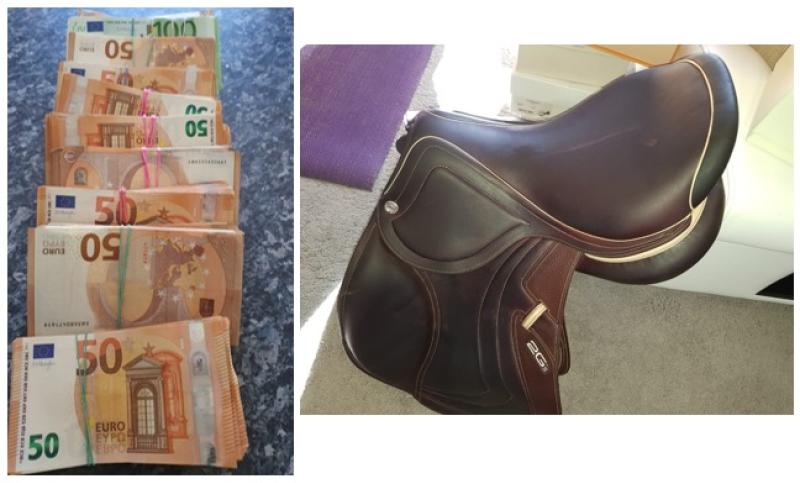 The two people arrested by Gardaí in the midlands on Thursday have detained as part of an investigation into the operation of the activities of eastern Europeans based in north Laois and a nearby community in Offaly.

The Leinster Express understands that the man and the woman are Polish nationals who have been on the radar of local gardaí for some time on suspicion of criminal activity involving the drug trade.

The two people were arrested at a property in Portarlington but another search was carried out in nearby Walsh Island as part of an ongoing investigation being carried out by gardaí into international criminality.

It is also understood that the owner of one of the properties searched is in custody in Poland.

The CAB operation was made possible by the work of detectives in Laois and Offaly who worked with the Eastern Regional Armed Support Unit (ASU) backed up by the Customs Dog Unit and local Dog Wardens.

Cash, drugs, designer watches were among the items seized during two searches.