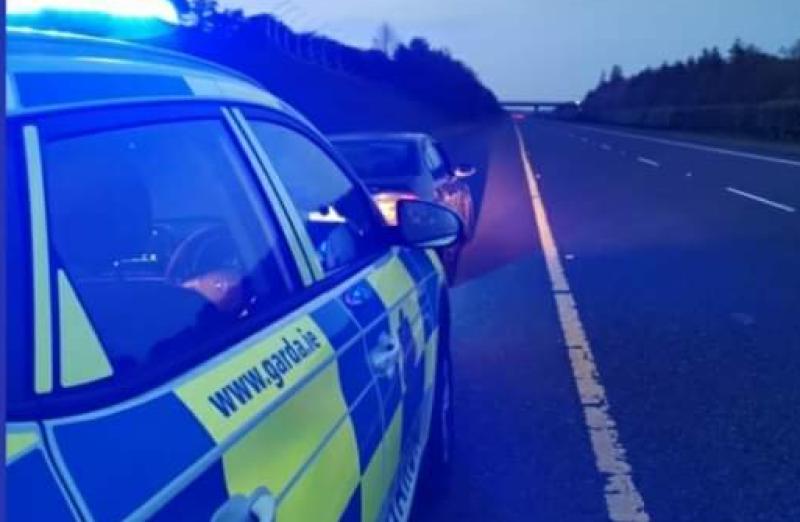 A driver was arrested over the weekend in Laois after being caught speeding at 55kph over the speed limit,  and charged with multiple other offences.

Laois Gardaí Portlaoise Roads Policing Unit stopped a car that was travelling at 175 kph in a 120 kph zone on the M7 on Sunday night, May 9.

Below: image of the car and drug test result supplied by Laois Offaly Garda Division 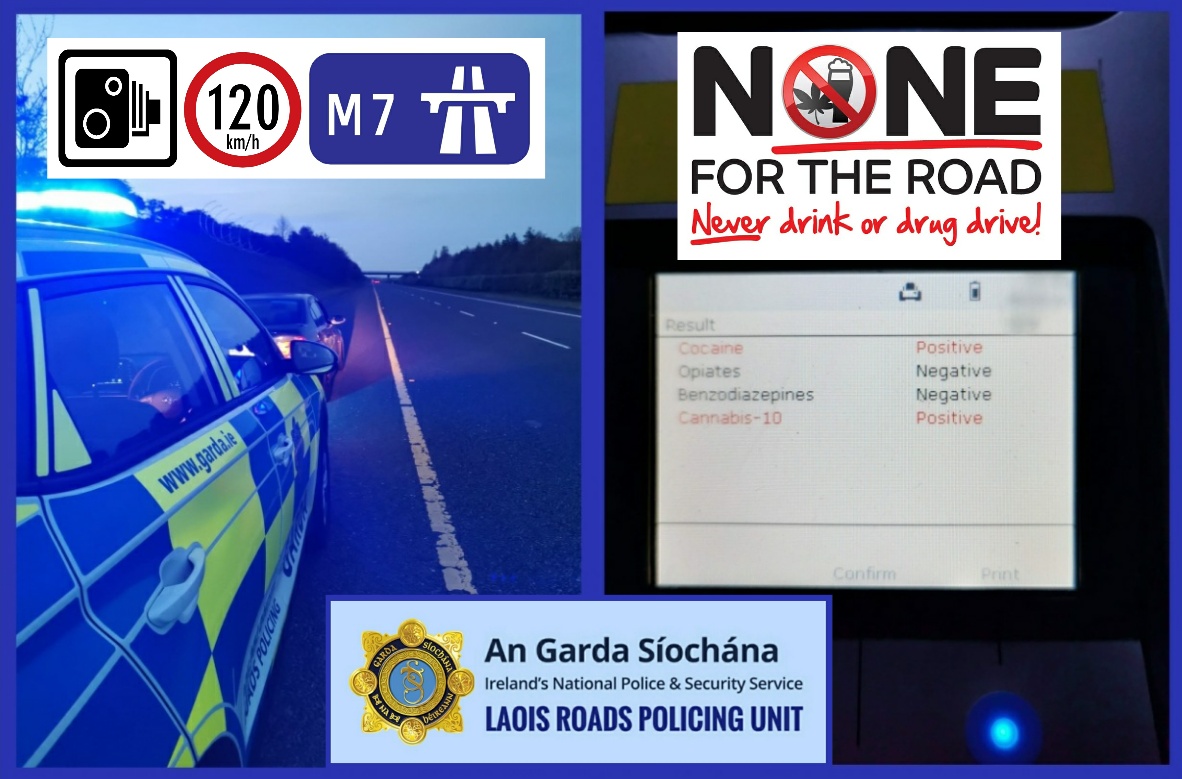 "The driver was intoxicated and failed the road side drug test for Cocaine and Cannabis," a Garda spokesperson confirmed.

The vehicle had no NCT for the last 14 months or road tax and it was seized.

"Driver was arrested and taken to Portlaoise Garda Station where a blood specimen was taken. Court appearance to follow," the Gardaí confirmed.