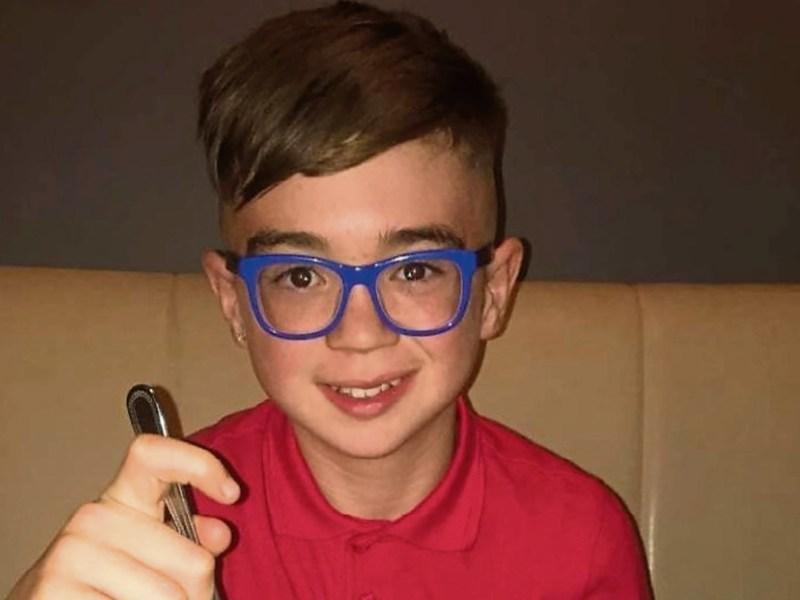 Brooklyn Colbert was murdered by his uncle on November 3, 2019.

A CONVICTED child murderer can now be named following a successful application by RTÉ to lift a court order that prevented the man and his victim from being publicly identified.

The Children (Amendment) Act 2021 was signed into law by President Michael D Higgins last month after passing in the Dail and the Seanad and came into force last Friday.

This means that, following a controversial Court of Appeal ruling in October last year, the law has now been changed to remove the restriction on naming deceased children except in certain exceptional circumstances. In cases where specific orders remain, applications have to be made to the courts by media organisations or relatives in each case to lift those orders.

Murderer Patrick Dillon had his name anonymised at the Central Criminal Court last January due to an order based on a Court of Appeal ruling on the interpretation of Section 252 of the Children Act.

The 28-year-old, who has an address at Dalgaish Park, Moyross admitted murdering his Nephew, Brooklyn Colbert - at Shanabooley Road, Ballynanty on November 3, 2019.

The sentencing hearing was told 11-year-old Brooklyn was struck with a hammer and stabbed 27 times in the torso, arms and neck. The court heard that Brooklyn's mother believed that Dillon was "obsessed" with her son.

When Dillon was arraigned last January, prosecution counsel Michael Delaney SC told Mr Justice Michael White that there was a certain "family relationship" between Dillon and the deceased and as a result the accused man could not be named in the context of the location of the offence.

Mr Justice White ruled that the identity of Brooklyn and the accused man were not to be disclosed to the public until further order of the court as the victim was a child and there was "a clear relationship" between the accused man and the deceased child.

The judge described the murder as a "horrific breach of trust" and an "unspeakably violent crime" before sentencing Dillon to the mandatory term of life imprisonment.

Speaking outside the court last February, Brooklyn's grieving mother, Sonia Aylmer, called on the Minister for Justice Helen McEntee to change Section 252 of the Children Act which prevented child murder victims from being identified.

Ms Aylmer said: "I deserve to be able to leave this court today and tell the world about my wonderful son. The kind, caring, loving, talented little boy that my son is, his name and his legacy deserve to be out there for all the world to see and hear. I do not want my boy to only be remembered for how his life was ended."

At Dillon's sentence hearing, the Central Criminal Court was told that Brooklyn, a "special, loving boy who touched the hearts of everyone who ever met him", was horrifically murdered by his uncle, a man he trusted.

The Court of Appeal found that Section 252 of the Children Act, 2001 prohibited the identification of child victims and made it an offence to publish anything that could identify a child who is an alleged victim of an offence, including a deceased child.

Mr Justice George Birmingham, ruling at the Court of Appeal last October, said that the language in Section 252 of the Act was "clear and unequivocal" and that if it were to be changed it would be a decision for the Oireachtas.

The loophole in the law was rectified by the Oireachtas last month, when the Dail amended the section of the Children's Act which had stopped grieving parents and families from speaking publicly about their child in cases of unlawful killing.

At a brief hearing this Monday, Tom Murphy BL for RTÉ, told Mr Justice Paul Coffey that he had applied to the court last week to get the order, which was implemented by his colleague Mr Justice White, set aside in regards to the naming of the child and the accused in the case.

Last Friday, Mr Justice Coffey said as it was the first application of its kind and notwithstanding the fact that the law had changed, he would put the matter back until today "out of an abundance of caution" so the Director of Public Prosecutions  could be represented by counsel and lawyers for an accused could take instructions.

Yvonne Quinn BL, for Dillon, said communication had been made with the accused and that he was aware of the position. "It appears there is no legal basis upon which an objection can be made," she added.

Michael Delaney SC, for the DPP, said the Director consented to the application having given the matter careful consideration.

Addressing the parties, Mr Justice Coffey said he would grant the order sought by the national broadcaster.

Brooklyn's mother, Sonia, has welcomed the ruling and the speed at which the law was changed.