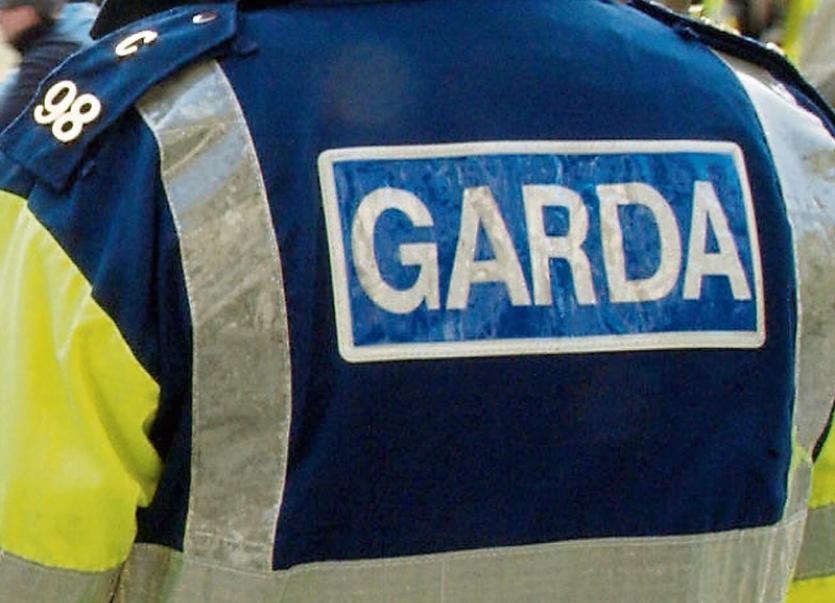 A man who bit a garda appeared at Portlaoise district court on Thursday.

Sgt JJ Kirby outlined to the court that on February 2, 2020 gardai attended at the scene of an alleged breach of an order at Tonduff Abbeyleix.

They entered the residence. Mr Kearney was asleep in a bedroom.

The Gardaí were in full uniform. When they entered the bedroom Mr Kearney made a drive at the gardaí and bit Garda O’Donovan on his lower left leg. The bite broke the skin.

Garda O’Donovan attended A & E at Portlaoise hospital and was off work for a number of days.

Garda O’Donovan was present in court and read out his victim impact statement to the court.

He said he had been assaulted while attempting to arrest David Kearney on February 2, 2020.

Mr Kearney had bitten through Garda O'Donovan's trousers and drew blood. The bite was located on the bone, otherwise it could have been much worse. The garda was off work for one month.

In hospital he had an IV line in his arm and was given a tetanus shot. He was also on antibiotics.

For three to six months Garda O'Donovan said he had to live with the stress and uncertainty as to whether he might have contracted a transmissible disease from the bite.

His situation was compounded by the fact he has an auto immune disease.

On the night of the assault, Mr Kearney had vomited a black tar like substance.

Garda O'Donovan said that Mr Kearney was asked for permission to have his blood tested. He initially agreed but then refused.

Garda O'Donovan worried about a passing a disease on to his wife had family. He had months of stress and anxiety over it.

However, ultimately he had not contracted anything from the incident.

Counsel for Kearney, Rory Hanniffy said that his client had apologised. He had read the victim impact statement. Garda O'Donovan said he accepted the apology.

Mr Hanniffy said that Mr Kearney had secured a blood test with his GP on February 4. It was most regrettable the test did not find its way to garda O’Donovan.

Mr Kearney was a 35-year old man with one daughter. He had pleaded guilty early.

He accepted his role and apologised.

The background was that the Gardai had attended a domestic situation. There had been familial difficulties over access to the child.

It had caused Mr Kearney great anxiety. There was an alleged breach of a protection order.

However, the pressure had caused him to abuse alcohol. He was highly intoxicated and his actions were unacceptable on the night.

When he came to and saw four men in his bedroom he lost control.

He had a letter to the court. He too had suffered over the 13 months. The publicity had a negative impact on him.

He was a devoted father and his anxiety emanated over his access to his child.

Those issues had now been addressed. There were reports from various counsellors.

He had completed various courses. There were also character references available to the court, including from his employment.

Mr Hanniffy said his actions on the night were out of character. He had €1,000 in court.

Judge Catherine Staines said there were no results from the blood test in court - she still did not know the results.

Judge Staines said it was an extremely serious incident.

Garda O’Donovan was acting in the course of duty and was trying to protect someone.

He had made a reasonable request for a blood test. That he had not received the results of a blood test from Mr Kearney was the most aggravating factor of the whole incident.

She imposed a six month prison sentence, suspended for one year. She told Mr Kearney he must absain from alcohol for that period.

She directed that the €1,000 be given to Garda O’Donovan and €1,000 from the court poor box to his family. Recognisances were fixed in the event of an appeal.