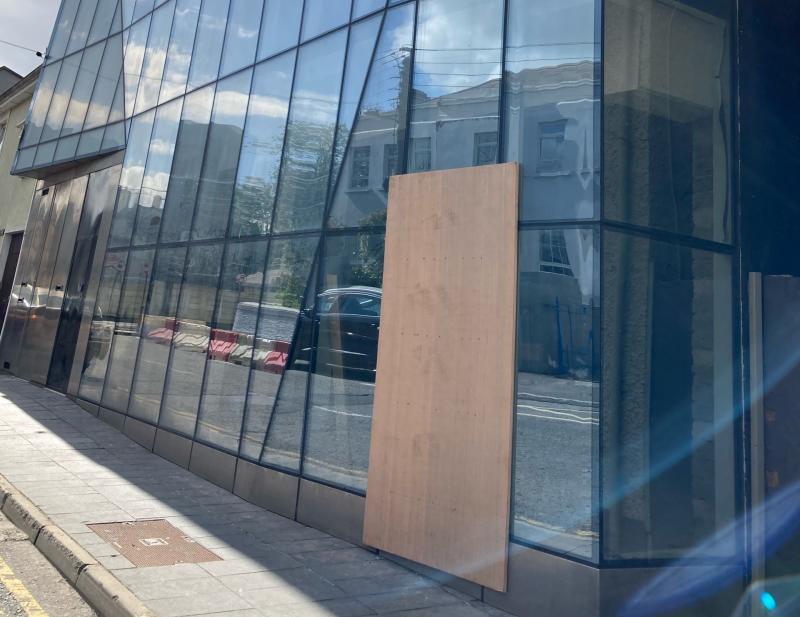 The broken window at the empty Cube office building in Portlaoise

The glass was smashed in early spring by vandals and a call was made in March by a Portlaoise councillor to repair it, ahead of the building's refurbishment and opening. Laois County Council at that time agreed to repair the window. Read our story. 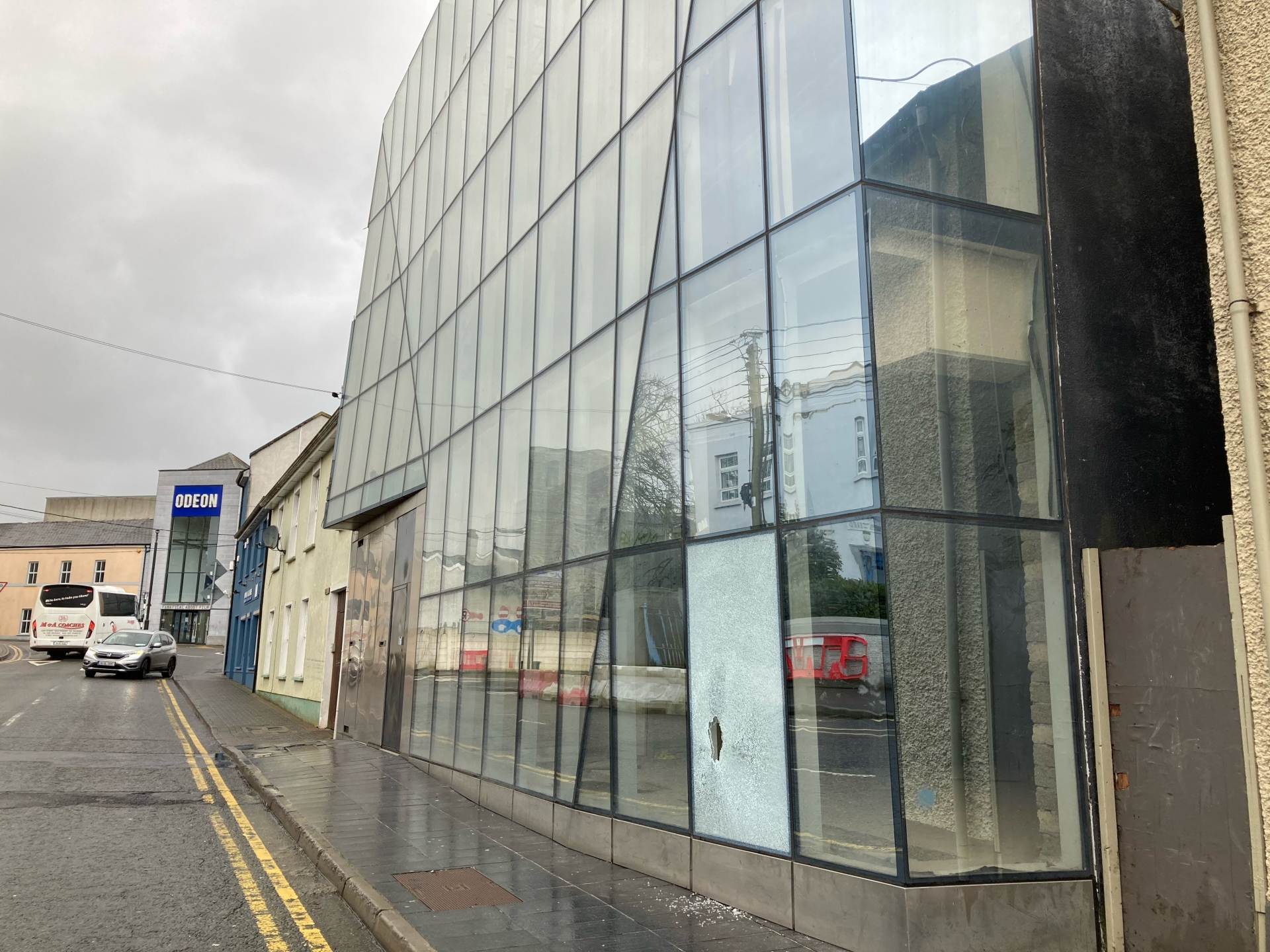 Cllr Thomasina Connell had to repeat her call at the April meeting of the Portlaoise Municipal District, as the window remains broken, but boarded up. Our image was taken on May 11.

"I notice it continues to be broken, and covered with plywood. I know the council is in contract discussions for the refurbishment. Is the glass not to be repaired until then? It looks quite poor on the streetscape," Cllr Connell said.

Director of Services and Portlaoise town manager is Simon Walton.

"We don't have direct responsibility for the redevelopment. I will get an update to you," he said.

The Cube will be run as an affilliated company of Laois County Council who will lease the building. The hub is hoped to house enterprises who advise other businesses on climate change and carbon reduction.