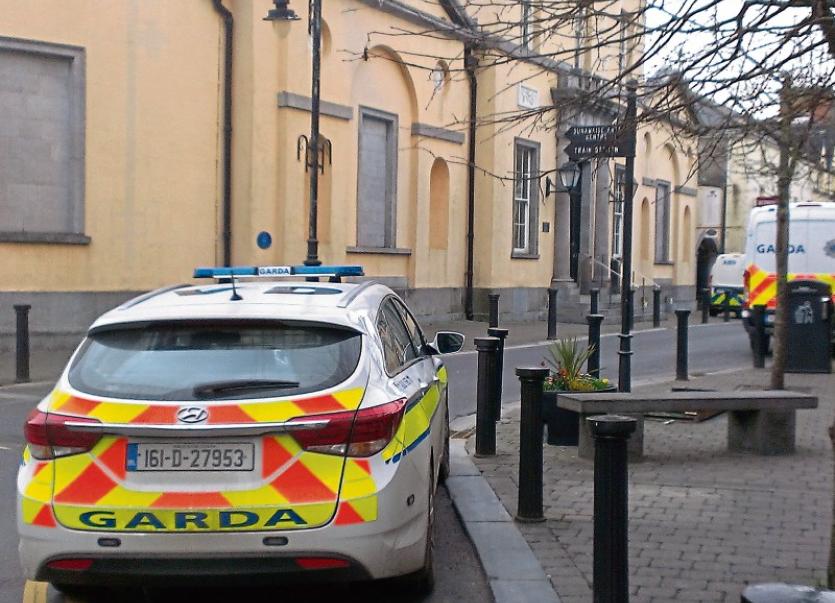 A man who threatened a girl working in a shop that he would “beat the face off her” received a six month prison sentence at Portlaoise district court on Friday.

PJ O'Shea 28, of 207 St. Brigid's Place, Portlaoise was charged with making a threat to another, by any means intending the other to believe it will be carried out, to kill or cause serious harm to that other. He appeared via video link from the Midlands Prison.

Sgt JJ Kirby outlined to the court that on the date in question a young lady was working in the Circle K on the Abbeyleix Road. A male in a black jacket entered the shop who was later identifed as PJ O’Shea.

He had change on him and was looking to convert it into notes.

When the girl at the counter told him she could not help him, he became aggressive and told the girl he would “beat the face off her.” He also told her he knew her and said he “did not give a f*** about the guards.”

Appearing for Mr O’Shea, solicitor Philip Meagher noted he was in custody and is doing well in the Midlands Prison.

He said that at the time of this offence Mr O’Shea was in a dishevelled, agitated state, and he had been homeless for two weeks.

When he arrived at the garage he presented at the counter with change and was trying to get notes.

He became agitated when the girl told him she could not assist him.

He dealt inappropriately with it and was extremely rude and aggressive. He asked to apologise.

He did not remember saying what he did. He was doing well in prison and had re-established his relationship with his mother.

He is now clean and there is a home for him now.

Judge Catherine Staines said she recalled the girl coming into court and she was very frightened.

The Judge said she had sympathy for Mr O’Shea. She sentenced him to six months in the Midlands Prison, backdated to February when he went into custody.

She ordered that €300 from the court poor box be paid to the injured party.