Laois Gardaí take to the tracks to tackle train thugs

Councillor claims staff have been attacked and drugs are being used 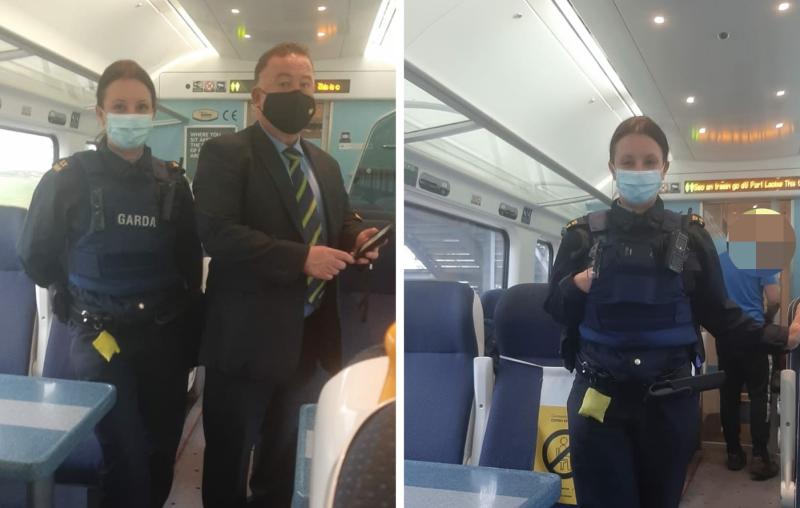 Laois Gardaí took to the tracks this week as part of an initiative to aimed at putting the brakes on criminality on trains which a public representative claims has involved drug use and assaults on staff.

"Community Gardaí from Portlaoise conducting proactive patrols this evening on board trains and at train stations between Portlaoise and Hueston with Iarnród Éireann Irish Rail Enforcement Team.

"These patrols are targeting anti-social behaviour and crime prevention. Helping to make our commuter lines safer in conjunction with Irish Rail," said a statement.

The operation was welcomed by Cllr James Kelly.

"This is a very positive response by Gardai to combat the anti-social behaviour and substance misuse on the Dublin to Cork/Limerick trains. I had been contacted by staff who have been subject to a lot of abuse and physical attacks.

"I raised the issue at the Laois Joint Policing Committee and received assurances from the Chief Super John Scanlon that action would be taken to address this issue," said the independent Laois County Councillor.