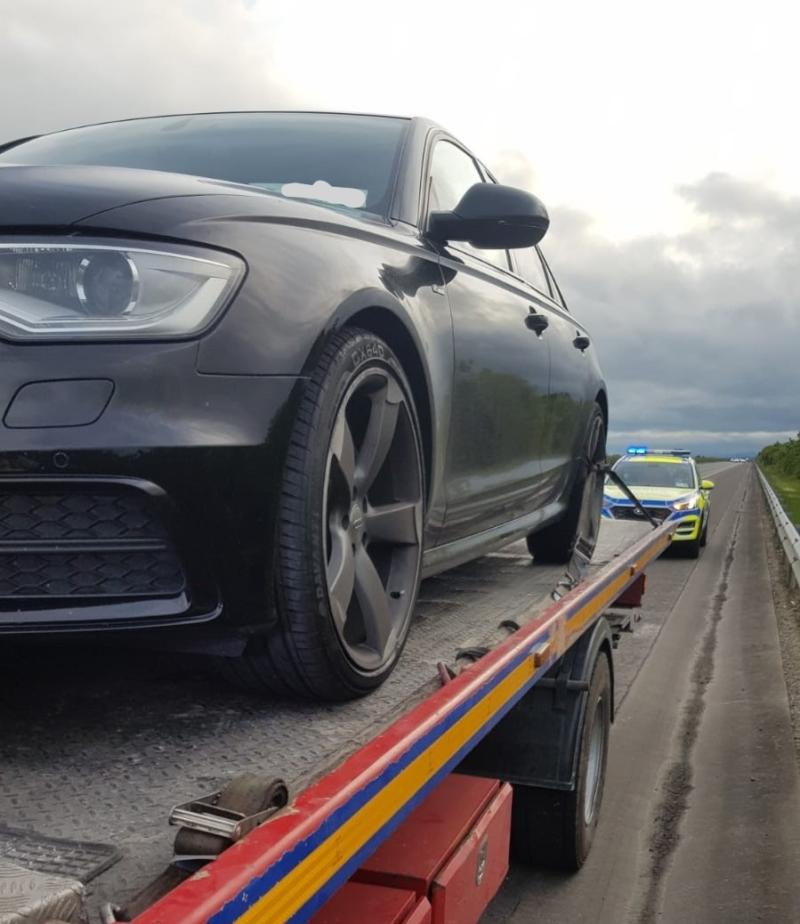 A speeding motorist finally reached the end of the road of not paying their way when caught by gardaí on the Laois Kildare border this week.

Gardaí patrolling near Monasterevin on the Limerick Dublin Cork M7 motorway say they detected a car travelling at a speed of 153km/hr in a 120km/hr zone while on patrol in Monasterevin.

They said a check using the Garda Mobility App revealed that the car was not insured.

Gardaí added that the vehicle was seized and court proceedings have now commenced.

Elsewhere, Naas Roads Policing Unit say they observed the driver of another vehicle holding their mobile phone at the wheel.

The car was impounded and a Fixed Charge Penalty Notice was issued.

The garda mobility app is loaded on thousands of Samsung phones issued to Gardaí. The guards can check a driver's record with a few taps.