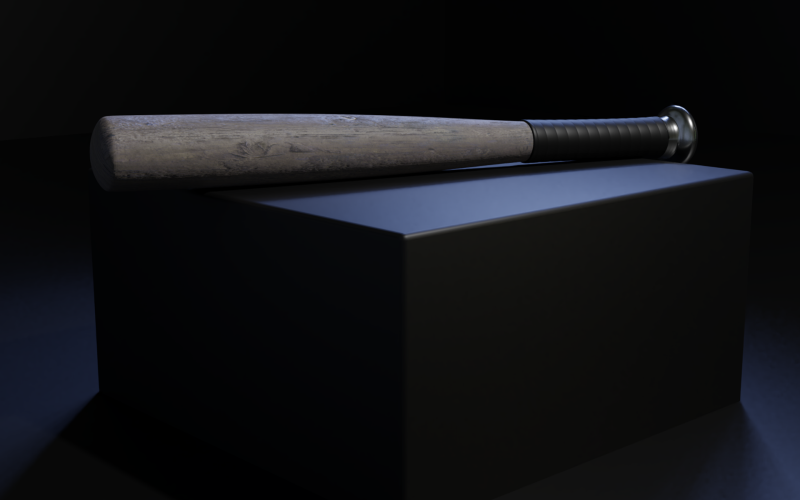 Image by Bouragaa Boukhechem from Pixabay for illustration purposes only

A murder accused, who killed a 20-year-old Athy man with a baseball bat, has denied being taught how to hurt people in the Yugoslav army during his youth.

Zoltan Almasi (49), a Serbian man with an address at Harbour View, Naas, was being cross-examined by the State in his Central Criminal Court trial. The truck driver has pleaded not guilty to murdering Kildare man Joseph Dunne, but guilty to his manslaughter at Harbour View on May 16 2014.

The trial has heard that Mr Dunne died after receiving a single blow to the back of his head, shattering his skull and driving the bone in towards the brain.

Mr Almasi, who had chased the deceased away from his van, says that he hadn’t realised that he had struck the man with the bat until he later saw an ambulance and garda car in the area.

By this time, he had parked his van in his garage, taken a shower and was walking through Naas to meet his wife.

She noted the pathologist’s evidence that there was a direct blow to Mr Dunne’s head.

“You’d know that the head would be a particularly vulnerable part of the body to be hit,” she suggested.

“I didn’t think about that,” said Mr Almasi.

“And particularly someone with training and experience in the Yugoslav army, you would know the vulnerable parts of the human body,” she suggested.

Ms Biggs was referring to his time in the army there before the war broke out in 1990. He previously told his trial that he and others deserted at that stage as they didn’t want to kill.

Mr Almasi told Ms Biggs that there was no similarity between Yugoslavia and this case.

Ms Biggs referred to his training in armed combat and hand-to-hand combat.

“That happened when I got the training 36 years ago,” he replied.

“Was he not trained in the art of debilitating and hurting people?” she asked, through an interpreter.

“No, they never trained me to hurt other people,” he said.

Counsel asked him to go to his own experience of life and as a father.

“If a child gets a bang to the head, it might cause you more concern than other parts of the body?” she asked.

“And that is because the head contains the brain and the cranial matter that determines our bodies’ life functions,” she suggested.

“So, you know that hitting someone on the head can have catastrophic consequences?” she asked.

“And in this case, your hitting of JJ Dunne on his head had catastrophic consequences,” said Ms Biggs.

Counsel put to him that he had previously said he had no memory of hitting Mr Dunne.

“I believe this happened but I don’t know how,” he said. “I don’t know when. I don’t have memory about it.”

Ms Biggs showed him an aerial photograph of the area, including his house and the area outside a restaurant where JJ Dunne fell.

She asked him to point out on the photograph where he was when he lost his memory.

“I don’t know,” he replied. “I’m thinking I lose all of my head and my memory when I went out to protect my belongings, my property and myself.”

Mr Almasi’s barrister, Barra McGrory QC, has begun re-examining his client and will continue on Monday before Mr Justice Michael White and a jury of seven men and four women.