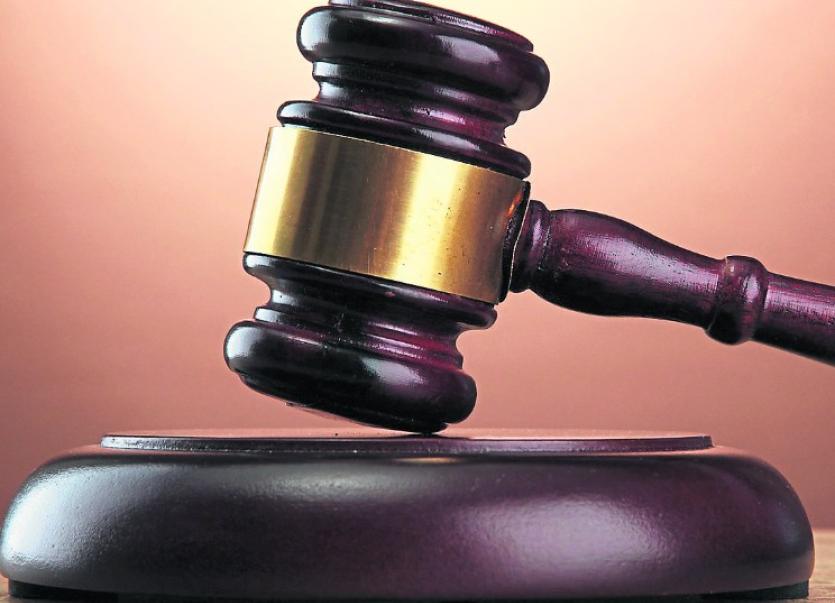 A man who sexually abused two of his then partner's younger sisters several months apart has been jailed for eight years and nine months.

The Central Criminal Court heard that around two months later, Lynch sexually assaulted another of his then partner's younger sisters and also attacked this victim's friend when he tried to prevent the accused man from touching her.

Lynch with an address at Marian Place, Tullamore, Co Offaly, was convicted by a jury following a trial in May 2021 in the Central Criminal Court of one count of rape at this then address of Monksfield, Bealnamulla, Athlone, Co Roscommon, on October 17 and 18, 2015.

He was also convicted by a jury of one count each of sexual assault and assault causing harm at the same address on December 18 and 19, 2015.

Lynch had pleaded not guilty to all of these charges. He has 11 previous convictions, including convictions for assault, threatening and abusive behaviour, intoxication in a public place and no insurance.

Eileen O'Leary SC, prosecuting, told the court that the victims in this case wish to waive their anonymity and want the accused man to be named.

Mr Justice David Keane sentenced Lynch on Monday, July 12 to eight years and nine months imprisonment for the rape offence, having reduced a sentence of nine years to account for three months the accused man spent in custody previously.

Sergeant Paul McNally told Ms O'Leary that in October 2015, Lena Maughan (21) attended at the then address of the accused man in order to see the baby which her sister had recently given birth.

Sgt McNally said Ms Maughan's sister was away from the apartment that night. Ms Maughan had a headache and Lynch gave her two tablets, after which she felt dizzy and like she was drunk.

Lynch brought a mattress into the living room and told her to lie down, also giving her two further tablets. After a few minutes he started taking off her clothes, got on top off her and raped her.

After the incident the victim could not walk properly and her entire body was sore. She did not see Lynch until the following morning, when he told her not to tell anyone, that it was a secret and that she was to “act happy” around people.

The court heard she had never had sex prior to being raped by the accused man.

Sgt McNally said that in December 2015, Romany Maughan (22) and her friend Cody Dunne (22) stayed over at the same address in order to see the baby. After the baby fell asleep, Ms Maughan decided to go to bed.

Lynch came into the bedroom and began pulling at her legs. She told him to leave and he did after Mr Dunne also came in and was asked by her to get into the bed beside her to protect her.

Lynch returned and said he wanted to get into the bed, doing so despite being told not to. He tried to put his hand on her vagina and kiss her on the lips while she was telling him to stop.

After Mr Dunne prevented him from touching Ms Maughan, Lynch jumped over her, put both knees on Mr Dunne's chest and started choking the victim. Ms Maughan told him to leave or she would call her father and he left the room, telling them both the following morning that it was “their little secret”.

In her victim impact statement, which was read before the court by counsel, Lena Maughan said she knows she will never be the same person again over how the accused man hurt her and her family for years.

Ms Maughan said she would wake up every night screaming and would be so afraid to sleep because “all I could see was him in my dreams”. She said that every day and night she kept getting “these horrible flashbacks”.

She said she would always feel like he would get her again and hurt her again. She said that there is still not a day that goes by that she does not think about this.

Ms Maughan said she still feels him on her skin and still feels like “he is watching me waiting to get me”.

In her victim impact statement, which was read before the court by counsel, Romany Maughan said the crime has torn her to pieces. She said has never felt “so isolated and alone”.

Ms Maughan said the crime has left her feeling powerless. She said the doors of her house are always locked when she is alone and she never sleeps in the dark anymore.

In his victim impact statement, which was read before the court by counsel, Mr Dunne said the impacts the accused man has made to his life are “devastating”.

Mr Dunne said he has suffered immensely socially and psychologically. He said he barely sleeps and spends most nights awake.

He said hopes that when this is over he will be able to “reclaim some degree of normality in my life”.

Sgt McNally agreed with Delia Flynn SC, defending, that her client joined the army for a five-year period during which he spent seven months in Lebanon.

The sergeant agreed with counsel that her client began abusing alcohol and tablets after being released from a period of time in custody following the allegations being made. He agreed the accused is the father of two children with the sister of the two victims of sexual offences.

Ms Flynn said her client has no relevant previous convictions. She said that other than his time in the army, her client does not have a continuing record of employment “as such”.

Passing sentence, Justice Keane said the rape offence was aggravated by the victim being 15 and the accused being a mature adult, that the offence was accomplished in part by drugging her and in part by force, and that it has caused considerable harm to the victim.

Justice Keane said there is no credit available for a plea of guilty and the accused continues to deny the offences. He said Lynch has not displayed any remorse, made any apology or undergone any rehabilitation.

He said Lynch did co-operate with the garda investigation by answering questions at interview. He noted that the accused is the father of two children, served five years in the army and has received treatment for anxiety.

Justice Keane backdated all sentences to May 31, last, when Lynch first went into custody following his conviction by a jury.

Gardaí make a appeal and give invaluable advice