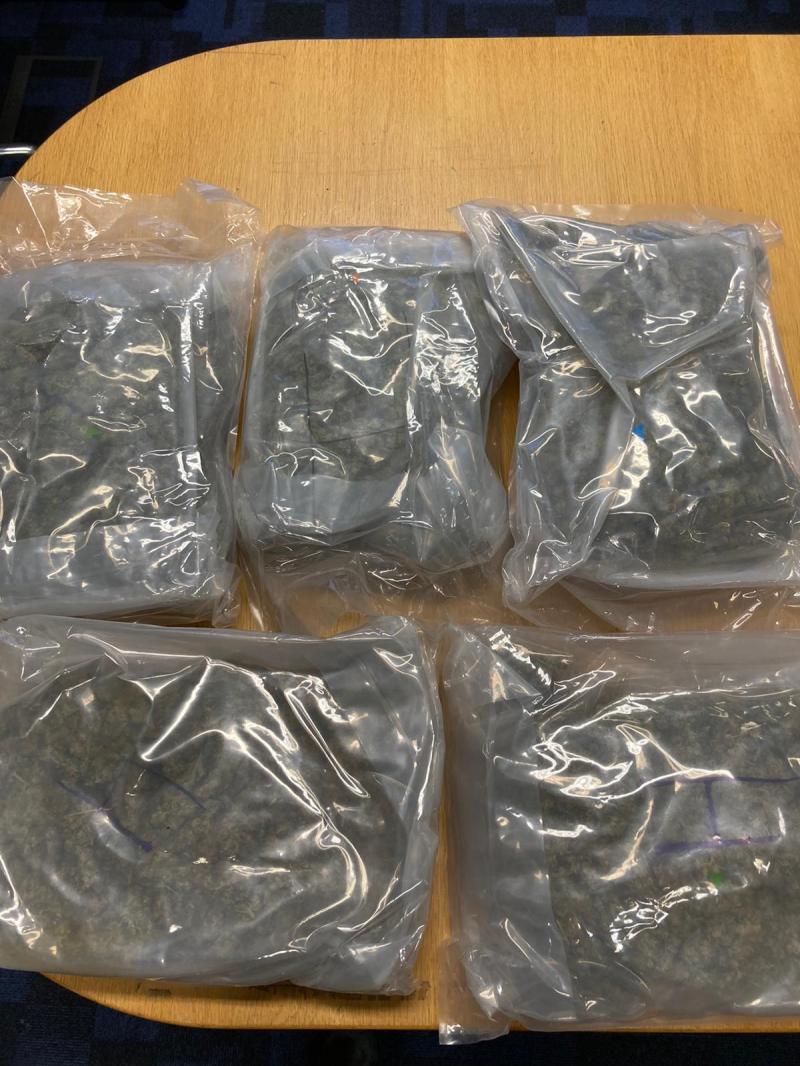 A statement from Garda HQ said Tullamore Gardaí seized approximately €100,000 of cannabis and arrested a man following the search of a house in the Tullamore area on Thursday, July 22.

As part of the ongoing investigation into the sale and supply of illegal drugs under Operation Tara, Gardaí conducted a search  of a house in Tullamore under warrant.

During the course of the search over 5kg of cannabis was recovered.

A man aged in his 40s was arrested at the premises and conveyed to Tullamore Garda Station where he is currently detained under Section 2 of the Criminal Justice (Drug Trafficking) Act, 1996.