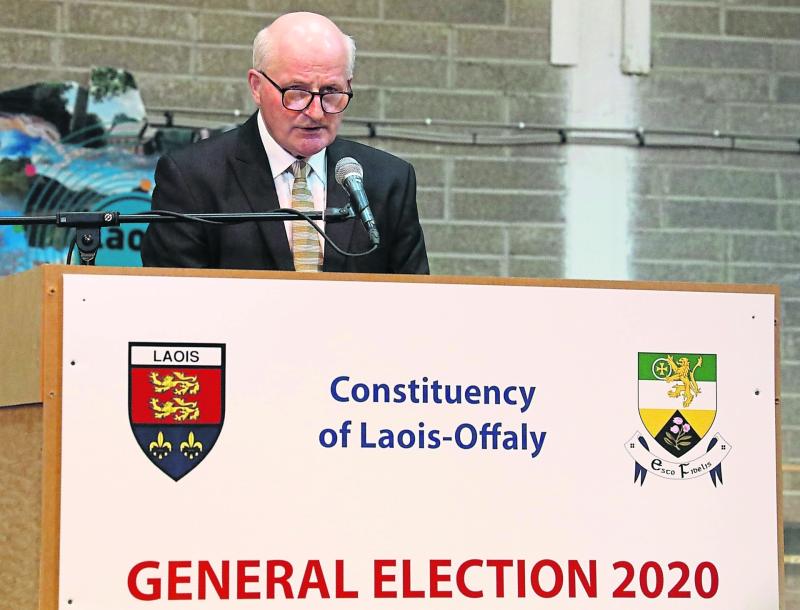 "Kindness, courtesy, and justice was the hallmark of every decision he made.’"

These were the words of Judge Keenan Johnson speaking on the occasion of the retirement of county registrar for Laois and Offaly Paul Fetherstonhaugh.

Judge Keenan Johnson was joined by Judge Fergus and Judge Comerford to mark the final sitting for Mr Fetherstonhaugh at Tullamore courthouse.

"It’s an absolute privilege to be here, to honour his career as both a solicitor and a county registrar,’’ said Judge Keenan Johnson.

The judge said Mr Fetherstonhaugh is held in very high regard and has always espoused fairness and courtesy in his dealings with people. He said he had an onerous workload and his role was a difficult one especially since the crash of 2008 with house repossession cases coming before him. He described him as an excellent case manager. His was a shining example of how justice is administered in an appropriate manner, said the judge.

Speaking of his other interests, Judge Keenan Johnson said Mr Fetherstonhaugh has a huge interest in photography and is a member of the Mountmellick Camera Club. He was one of 12 finalists in the RTE ‘Eye on Nature’ competition with his photograph of a jay being eyed by a native red squirrel in Garryhinch Woods, which the judge said must have taken him hours to capture. 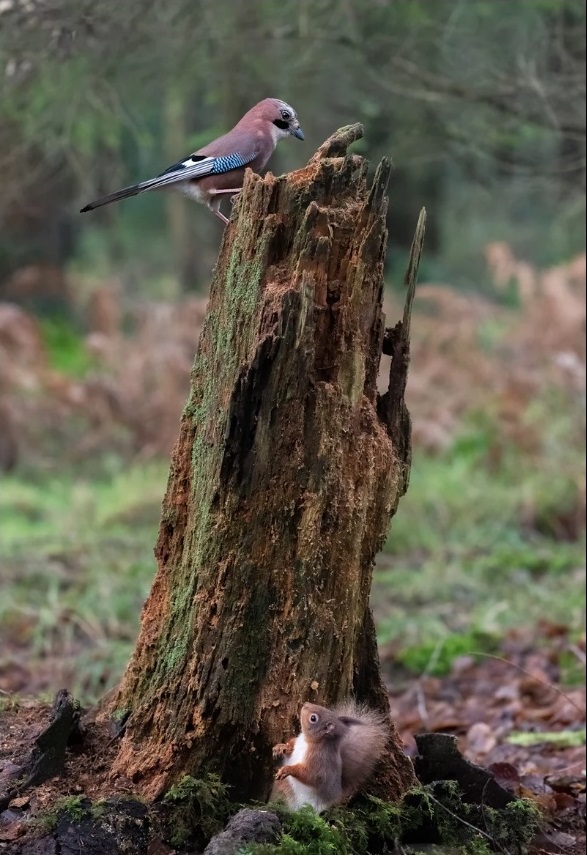 He is also a beekeeper and he ‘kept the judges sweet by giving them the odd jar of honey,’ said Judge Keenan Johnson. He added that he will be collecting a golden retriever which was sourced by Alma Cusack of the Tullamore court offices. ‘’He is more excited about that than he is about retiring from the job,’’ said Judge Keenan Johnson. ‘’We wish him a long and healthy retirement,’’ he concluded.

Mr Fennelly, barrister and former colleague, said he had come specifically to express his gratitude personally and on behalf of the circuit.

"My association with Paul goes back a long time. I am a son of Mountmellick the same as Paul. As a young fledgling barrister at that time, Paul was one of the first to favour me with instruction.’’ For which he said he was tremendously grateful.

"The country registrar’s list was sort of an idea in a vague way when Paul first took over the role but it expanded and became a very significant task that he undertook on a routine basis, with great patience, courtesy and utter scrupulousness and fairness,’’ he said.

"He is a man of immense work-life balance and has cultivated great hobbies, photography, interest in nature and so forth. As it happens on a few occasions I did attend his beautiful walled garden. It's like a scene out of a Bronte novel, superbly laid out and tended,’’ said Mr Fennelly.

Susan Cahill, Regional Office manager, with the court services, said she had worked with Paul Fetherstonhaugh as country registrar for Laois for the past 15 years and more recently county registrar for Offaly. She wished him and his wife Catherine a very long and happy retirement.

"Thank you for your service and being so good to the staff in both offices,’’ she added.

Finally Alma Cusack, senior staff member at Tullamore court office said she has known Mr Fetherstonhaugh for a long number of years now 15 plus. She said he was always generous with his time, sharing information and dealing with difficult information.

"For us without a legal brain found difficult to figure out. His door was always open. He kept a cool head no matter what the situation," she said.

She wished him the best of luck with the new addition to his family of the golden retriever.

In response Paul Fethersonhaugh said, he was "gobsmacked’’.

"What can I say my sincere thanks to Judge Keenan Johnson, it was well beyond my expectations. I am blown away. He thanked everyone who had taken time out of their busy day to be there.

WI sincerely appreciate you coming here and doing that. Really it has all been said by Judge Keenan Johnson and my old colleague Mr Fennelly. They were great times. I enjoyed it greatly as a country registrar. I have had wonderful support in Tullamore and Portlaoise.

"It’s been a pleasure working together. You couldn't wish for more so much so that when I got up in the morning I was always looking forward to going to work. It was a joy, it was the real deal. It was good fun working in Tullamore and Portlaoise.’’

He thanked the three judges for their gift of photography books.

"I look forward to reading them. I have plenty of interests to keep me going and God only knows what else I will get at,’’ he said.