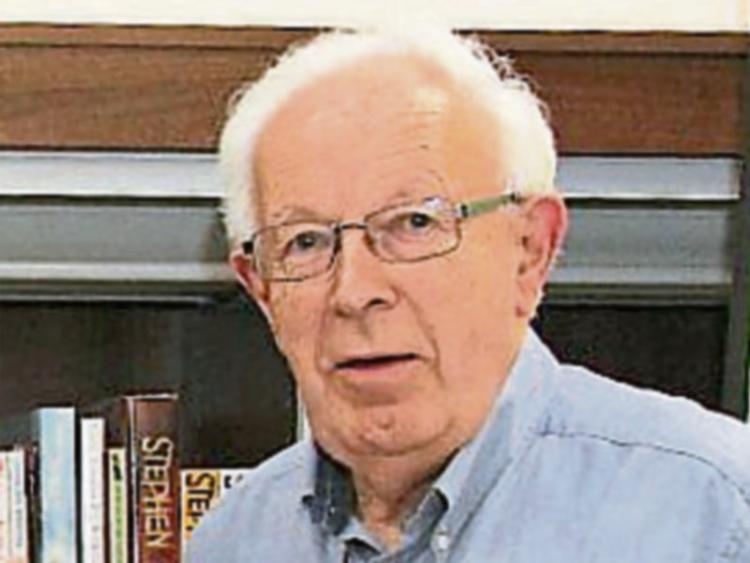 He was Portarlington's own historian.

His work may not have covered the world, but he had a Library of Congress name authority for his books.

I knew Ronnie from the early 1970s, and more strongly from the 1990s where our shared interests in local history brought friendship beyond ideas about the past.

Most historians of Portarlington, self included, have treated the area as outside looking in.

Ronnie was in Portarlington looking out, and he significantly changed my appreciation, challenged me to see more than Huguenots; to sense the dynamics and movements of town life, bring past, recent past and present into close proximity; and made me the blow-in, feel so much part of this place. He and others changed my life.

I remember his business with his shop and cafe in the Main Street of the 1980s: the noise, chatter, always odd bits of information to be stored, papers copied, coffee spilt on, some getting lost.

He was a businessman, baker, shopkeeper, cafe owner, so aware of people and their ways, so easy in picking up stories.

He watched huge changes locally and nationally, and was able to recount a town passing through so many, socially and physically.

He knew the buildings abandoned, demolished, what they looked like, who lived there and why. He enjoyed life's eccentrics too.

There is something comforting in getting older and being a historian, because you find yourself more interesting; yet I sense there was regret, a loss, that the Portarlington he grew up with, was changing and leaving him.

He wrote two major books on the town: 'Portarlington the inside story' 1999 and 'Portarlington, the old town: a collection of facts, images and stories from the past' 2012.

He also wrote numerous articles in the local press, and magazines, gave talks to local and national societies; worked tirelessly for the Laois Historical Society.

He went on field trips into deepest Laois and Offaly, even Kildare and Kilkenny, revealing grave stones, castle walls; he would point out raths to me, disused railway lines, who so and so was wrong about such and such.

I am so sorry to be writing this. I have lost a friend, a historian, where we knew what we were talking about, when others withdrew in boredom.

We shared documents and information. He brought me local items, I brought back documents, objects found beyond.

And neither of us were reticent about collecting. While others saw dust bearers, we saw treasures from another time, and didn't mind the dust.

I raise the parting glass, Ronnie, in close memory, for you must go, and I do not yet.

The following is the text of Rev Leslie Stevenson's homily at Ronnie's Funeral Service:

Arriving in Portarlington over 17 years ago, one of the first people I met in the town was Ronnie Mathews.

At that time he and his wife Brigette were running a coffee shop on Main Street.

I quickly learned that although he ran a popular busines, his real interest was local history.

He could easily be distracted from the dispensing of coffee to explaining a recent discovery about the history of Portarlington and its people.

This hobby of his took him to archives and libraries all over the country and beyond. It meant the scouring of the internet.

He wrote numerous articles, published in journals and gave talks on his findingss as well as two major publications, Portarlington, the inside story and Portarlington, the old town: a collection of facts, images and stories from the past.

He was a walking historical encyclopaedia about this town.

In that regard we, as a community, owe him a great debt because without him we would have been much the poorer about our past.

I will miss his cups of coffee and talks where we would discuss wider political, social and ecclesiastical history and how that would have affected a town like ours.

And I must add that he would go to endless trouble to answer queries from people who wrote to me about ancestors from the town. It was no bother to Ronnie and it took a lot of work from my shoulders. I will ever be grateful to him for that help.

Ronnie was born and spent hi

s whole life in Portarlington. He went to the local Christian Brothers before entering the family firm as a grocer. He ran the supermarket and then the coffee shop. He was well known and respected in the business community.

He had other interests as well - vintage cars and motorcycles - an interest he shared with his brother Jack and one he passed onto the succeeding generations of the Mathews.

Of course, the only major interest was his family. I admired his selfless care of Brigette, especially during her long illness. Whether it be at home or the daily drive to Tallaght hospital to spend the day with her.

Hs interest in and love for his children, and grandchildren and great grand child.

It was people that mattered most to Ronnie - his family obviously, the community of Portarlington, past and present. It wasn't the big story of national political events he told, but the life and times of ordinary people living and working in this town.