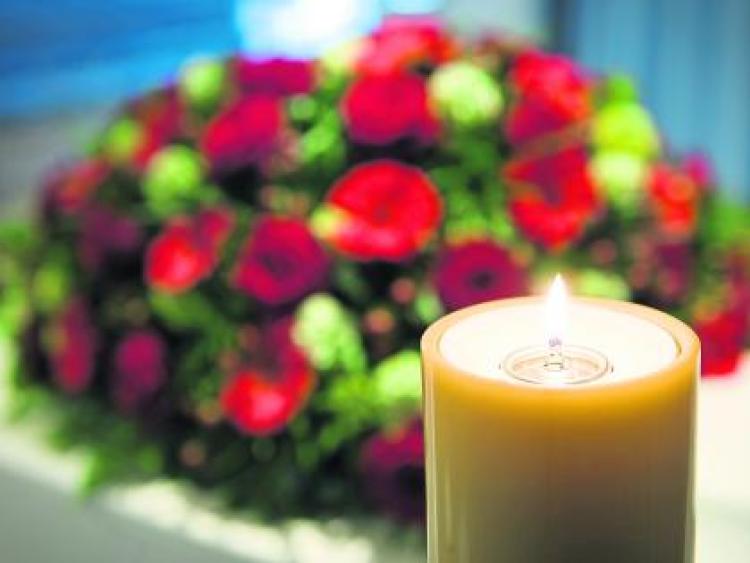 In the loving care of the matron and staff of Riverdale Nursing Home, Ballon. Deeply regretted by his son Desmond, relatives and friends.

Reposing at Coady's Funeral Home, Castlecomer from 6pm on Friday evening to conclude with Vigil Prayers and Rosary at 8pm. Funeral Prayers on Saturday morning at 10.30am followed by removal to Saint Patrick's Church, Clogh for Requiem Mass at 11am with burial in the adjoining cemetery.

The death took place on Thursday, April 6 of Lorcan Fitzharris of Mullacash Middle, Two Mile House, and formerly of Bennekerry, Carlow and Portlaoise.