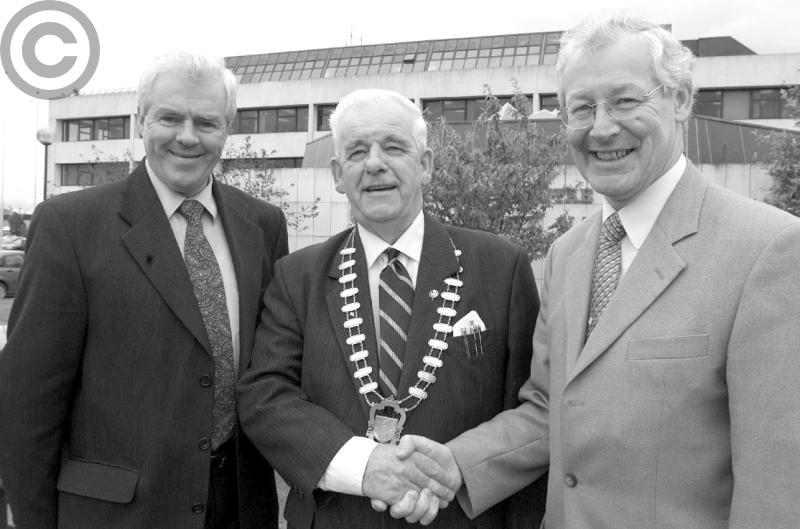 Tributes have been paid to the late Joe 'Hesh' McCormack by the chairs of Laois County Council and the Portlaoise Municipal District.

The Hesh McCormack was a former Portlaoise town councillor and commissioner. The Independent politician was also the town's first Mayor. Portlaoise does not have a Mayoral position anymore but the equivalent is the Portlaoise Municipal District Cathaoirleach, Cllr Mary Sweeney.

She paid tribute to her predecessor who died this week, when speaking to the Leinster Express.

"I wish to extend my sympathies on the death of Joe McCormack, he was a larger than life character, a councillor who gave his energy and time to help the people who he represented in this area. He gave many very memorable public rallies which were always hugely attended.

"He was also a genuinely nice man who, along with his late wife, reared a large family. He was an active politician in the area who made an awful lot of practical sense - he was a man of the people.

"I would like to offer my sympathies to his family on behalf of the Portlaoise Municipal District," said the Fine Gael councillor.

"I was very sorry to hear of his passing, and I send my sympathies to his family. I got to know him when I was Director of Elections for Fianna Fáil in the 1980s, when he contested locally and nationally. He was a man of strong opinions, and he worked hard for the people.

"He was a charismatic kind of guy, a great speaker who was aware of all the big issues. He added great humour to his speeches with his turn of phrase. He had plenty to say, a bright intelligent man and a good public representative," he said.