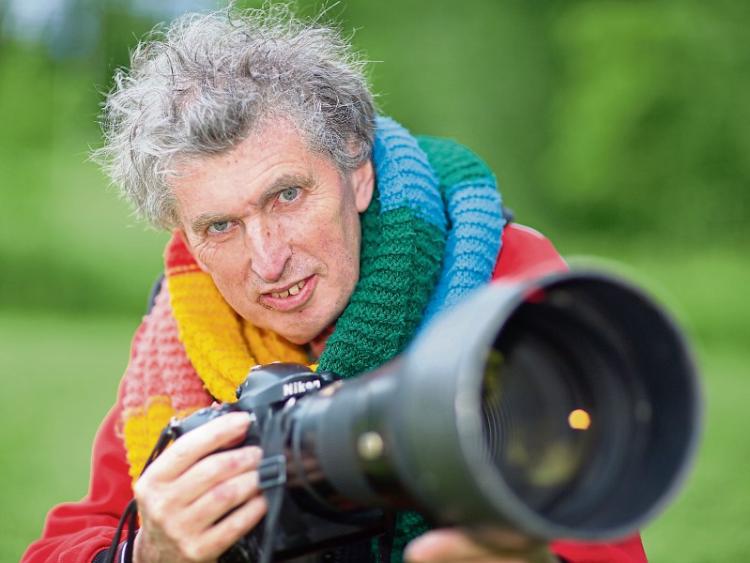 The death has occurred of Adrian Melia, well-known sports photographer, after a long battle with cancer.

Adrian passed away last night surrounded by his loving partner Jeannie, family and friends in the care of St Brigid's Hospice.

Renowned for his sports work, and his ability to capture the thrill of the game, he was a well-known figure on pitches and sidelines the length and breadth of Kildare.

The Coolree, Robertstown native, was diagnosed with colon cancer over two years ago, and fought bravely against the disease. Several fundraisers were organised over the past year to fund further treatment, including a memorable 'Question of Sport' night in Killashee House, Naas, last June, which saw several stars of Kildare sport turn out to share their memories of and pay tribute to Adrian.

He fell into photography 'by accident' while working for Donnelly Mirrors in Naas after he joined Newbridge Camera Club. He covered his first football match in 1989 - a junior final between Robertstown and Rheban - and since then covered every kind of sport from GAA to racing to boxing and community games.

A much-valued and dedicated Leinster Leader photographer, he had been covering games right up until last weekend.

The Friends of Adrian Melia fundraising group, set up to help raise money for his cancer battle, posted on social media: "We have learned with great sadness that our dear friend Adrian Melia's hard fought battle with illness is over. Our deepest sympathies to Adrian's family and to Jeannie, his partner. May he rest in peace."

Remains repose at his mother Pattie's residence in Coolree on Wednesday from 2pm, with rosary at 8pm.

Removal on Thursday at 10.30am to arrive at Christ the King Church, Cooleragh for 11am funeral mass, followed by burial in Allen Cemetery.