Tributes paid on death of much loved Abbeyleix man 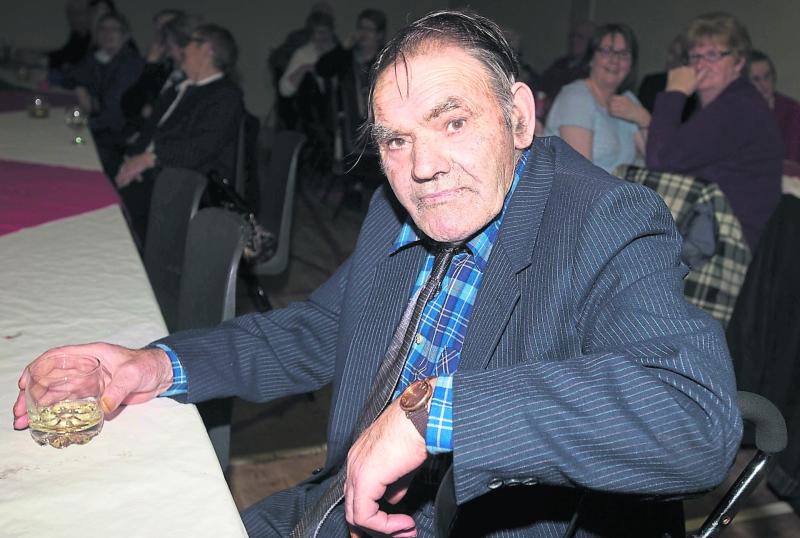 Abbeyleix has lost a great character this week, with the sudden passing of Jack Callaghan.

He was a great friend to all in the Laois town, including Cllr John Joe Fennelly, who has paid a fond tribute to him.

"He was a very good friend of mine. He gave us a great hand out in the Tidy Towns, picking litter, sometimes at half six in the morning. He had great friends in Abbeyleix, he was a great singer, and young people especially loved him. He is a huge loss to the town, as a character, everybody had a good word to say about him," Cllr Fennelly said.

"It is a big shock to everybody," he said.

Mr Callaghan aged in his late 70s, was originally from Kanturk in Cork. He worked for many farmers in Clough before moving to Abbeyleix about 20 years ago, where he lived on Temple Street.

In recent years he made yet more friends while availing of respite care in St Vincent's CNU in Mountmellick. Always ready for a chat and a song, he was a popular regular of Morrissey's pub in Abbeyleix, and joined with other senior citizens in the annual Christmas party for many years.

Many more tributes have been paid to Mr Callaghan on the Abbeyleix facebook page.

"A character just doesn't seem to capture him. He was a gentleman that could start telling you a story and laugh so much while telling it that you can't figure out the story but laugh along with him. He will be missed in the town. RIP Jack," said shopkeeper Alex Cleland.

"We will miss Jack, I can hear him still, "Hello Mary" even though it wasn't my name. Mary covered every woman for Jack I think, RIP," wrote Geraldine Palmer.

"Very sad news. We played for his 'Big Party' in Morrisseys two or three years ago... he organised the whole thing himself. What a gentleman, storyteller and music man. Sleep well my friend," Helen Campion wrote.

"RIP Jack, sadly missed, he was such a lovely gentle man with an infectious laugh," wrote Pamela Bradley.

Funeral arrangements are yet to be announced.