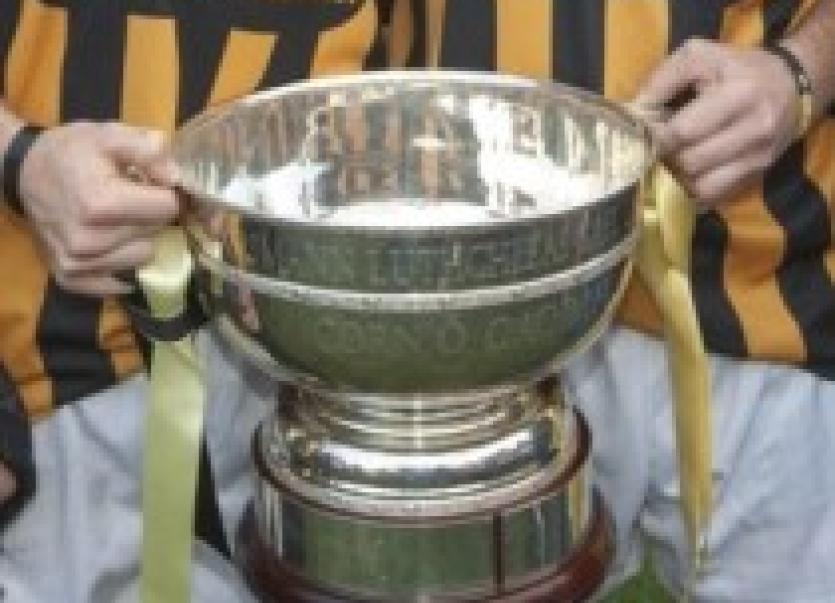 The death occurred recently of f

Christy had been unwell after hospital treatment but his sudden death shocked his family and friends and of course his former hurling colleagues in Camross.

Kilkenny-born and reared on the Waterford border in Slieverue, Christy was attached to the forestry when he was posted to Camross area.

When he arrived and met up with hurlers in the Woods and they told him we are seeking five senior championships in a row something no club achieved since 1918. The Kilkenny man was only delighted to throw in his lot with another black and amber team.

A dedicated trainer he was an immediate attraction in Brennan’s field in Tinnakill. Fint Lalor was trainer and asked him where would he like to play and he indicated anywhere you want me. His first championship outing was against Abbeyleix and he wore number five alongside Tim Cuddy and Jackie Dooley.

En Route to the final Camross racked up an incredible twenty three goals and thirty one points from three outings beating Ballygeehan in second round but in the semi-final the champions hit Mountrath Area team with 9-17. In the final against Rathdowney he wore number four and although the challengers shot two early goals the defence settled down and ran out comfortable winners.

A year later Clonad denied Camross six-in-a-row but Christy had earned the number three jersey when the champions were dethroned by five points with the late Jimmy Lyons captain.

Christy was now the important man and helped the club to another title in seventy three getting revenge for the semi-final defeat by Borris-in-Ossory a year later. For the second time in three years they had beaten the reigning champions in the final.

Christy was established at full back as John Carroll accepted the cup. A year later a first and last.

For the first time the captaincy went to an outsider but Christy felt so honoured to be chosen. The team struggled and were underdogs facing Ballacolla in the quarter final but in a stunning performance the champions won by 18 points and conceded seven.

The semi-final was another comfortable victory then Clonaslee in the decider and again no goals conceded with the outgoing captain and the captain magnificent. Sean Ramsbottom presented the cup after a thirteen point victory. Unfortunately Christy had moved further afield for work by 1975 when his calmness in defence was missed and Clonaslee knocked out the champions in the semi-final.

For years he always made it back for Camross games and to pay his respects at funerals he never lost his passion for the Black and Amber.

Club members travelled by bus to Ringaskiddy in Cork for the funeral of a great club servant. To his wife and family two daughters and a son brother’s the Club and the Parish extend deepest sympathy.