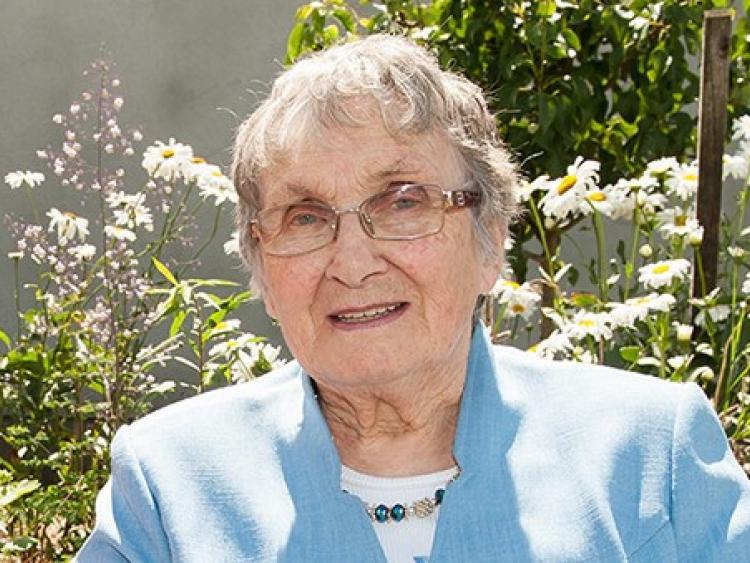 The death on Tuesday, May 2nd of Maud Dunne (nee Prescott) of the Shop, Raheen at the age of 92 brings down the curtain on the life of a much loved business woman who, along with her late husband Paddy, served the community of Raheen and surrounding areas for many years.

Paddy will be remembered as a gifted tradesman who worked in Camross over many years going back to the early 1950s when he connected many houses with electricity and brought light and sound never heard or seen previously.

The couple lived in Raheen all their life, a stone’s throw from the GAA grounds and ice cream was in great demand in the summer, as well as the fizzy drinks. In her younger days Maud could bake brown bread scones and muffins which were much sought after and, in her eighties, she maintained the proud tradition.

Paddy died some years ago but Maud continued to serve the public and will be sadly missed by all who made her acquaintance.
Reposal was on Thursday at the family home and, on Friday, removal was to St Fintan’s Church Raheen where Maud worshipped over many years. Fr Kelly paid tribute to the woman and said her passing leaves a void.

After Mass burial was in the adjoining cemetery and chief mourners are her daughters Annette and Marie, sons Vincent and Brendan, grandchildren, great grandchildren, son-in-law, nieces, nephews, extended family relatives the public whom she served and the many school children that she was always so kind to over many years. Her great friends and neighbours in Raheen and Coolrain.