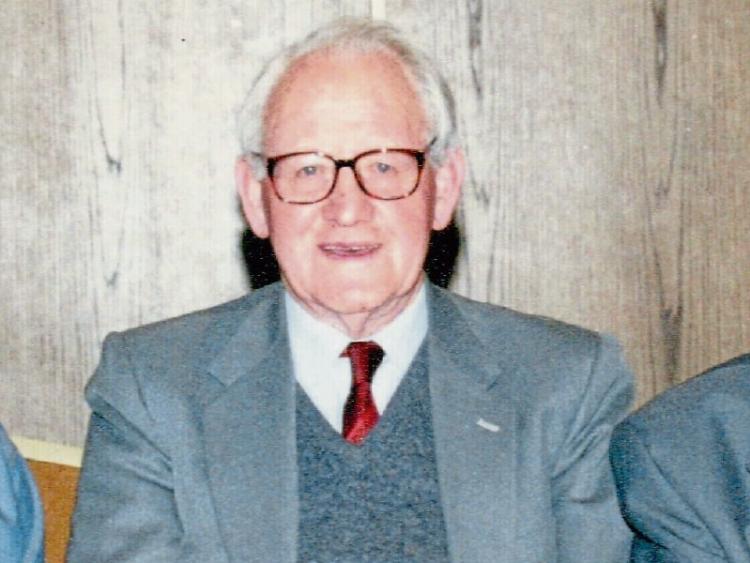 A link with the passed was severed with the death of Mick Jones in Bagenalstown on 5th April.

A former Inter-County footballer with Laois and the last surviving member of the winning Laois team of 1946 (Leinster Final).

He was a former Ballyroan player and was on the 1948 team that beat Stradbally in the County Final after a reply.

He also played in the 1946 final beaten by Graiguecullen. Mick joined the Army in 1940 and in an all Army Final in Islandbridge playing with the Curragh Command against the Southern Command, he scored the winning point from a fifty.

When he left the Army in 1945 he was approached by Paddy Kehoe the former Wexford footballer and hurler to play with a Stradbally team against a garda selection.

He had been appointed to a job with C.I.E. and was based in Portlaoise.

He impressed the county selections and was selected to play for Laois the following Sunday which led to him playing in the Leinster Final of 1946 as a half back.

He was invited to join the Ballyroan Club by three delegates from the Club namely Paddy Peacock, Mick Kinsella and Mick Dunne and although he was living in Portlaoise he threw in his lot with Ballyroan.

On the Leinster Final Team of 1946, Mick was joined in that win with two Team mates from Ballyroan, Paddy Peacock and Mick Fanning.

He returned to Bagenalstown in 1950 and played with his home club Muinebheag and won Senior league, Intermediate and Junior Championships.

He also lined out for Carlow. He was an employee of a notable family associated with the Ballyroan Club. Jonnie Keenan of Keenan’s of Bagenalstown.

At his removal to the Church a guard of honour was formed by the Ballyroan Abbey Club.

Another member of the forties era who passed away late last year was Mick’s team mate Marty Scully, known as the Durkan.