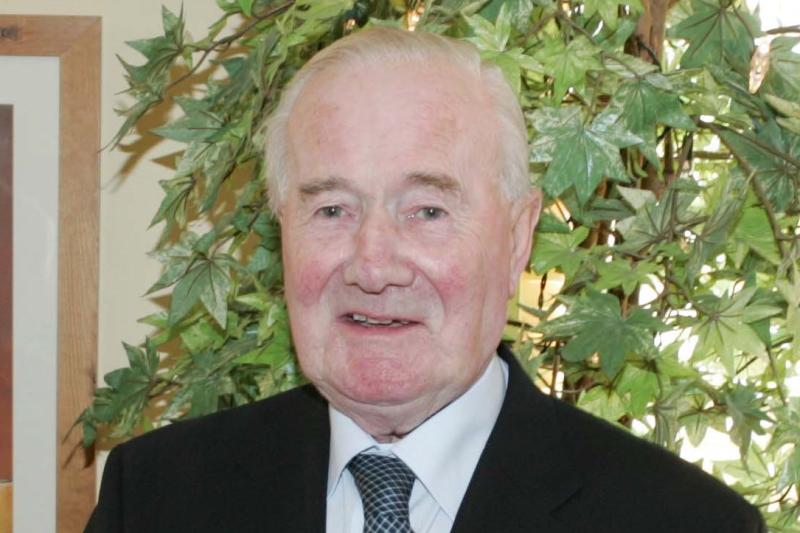 Mr Meagher died in his 93rd year on Thursday at “Larchgrove” on the Mountrath Road, Portlaoise.

A well known solicitor in Laois and the midlands area, Mr Meagher was also a founding member of Portlaoise Rugby Club. In a Facebook post the club paid tribute to him.

"The late Philip Meagher was a founding member of Portlaoise RFC in 1966. He served as President and Trustee for a number of years and became an honorary life member.

"His wise councel and encouragement along with the late John Hill and Charlie McCormack ensured the club went from strength to strength and they became known as the three wise men. Rarely did he miss an away or home fixture and you could always rely on his support.

"As a mark of respect Portlaoise RFC grounds and clubhouse will be closed this Saturday, September 8th. All arranged fixtures for Saturday have been cancelled."

Laois TD and Minister for Justice and Equality Charlie Flanagan was a colleague of the late solicitor in the legal profession.

"Philip Meagher was a man steeped in law. His father was a judge and he was an exemplary law student. He spent all his professional life practicing law, taking over Mr Rolleston's practice in Portlaoise.

"His love of the law passed on to his family with Mary, Philip and Gerry all following in his footsteps by pursuing careers in the legal profession.

"He served his clients with due diligence and, in his later years, was seen as a wise counsel who was respected in the legal profession not just in Laois but around Ireland," he said.

The Minster also praised Mr Meagher for his work at the Heath Golf Club and Portlaoise Rugby Club where he held senior positions as well as Laois Hospice where he was treasurer. Mr Flanagan extended his condolences to the Meagher family.

Mr Meagher was predeceased by his wife Noreen and daughter June. He is survived by his family Mary, Joyce, Patricia, Billy, Gerry and Philip, his grandchildren and great-grandchildren, nephews, nieces, relatives and friends.