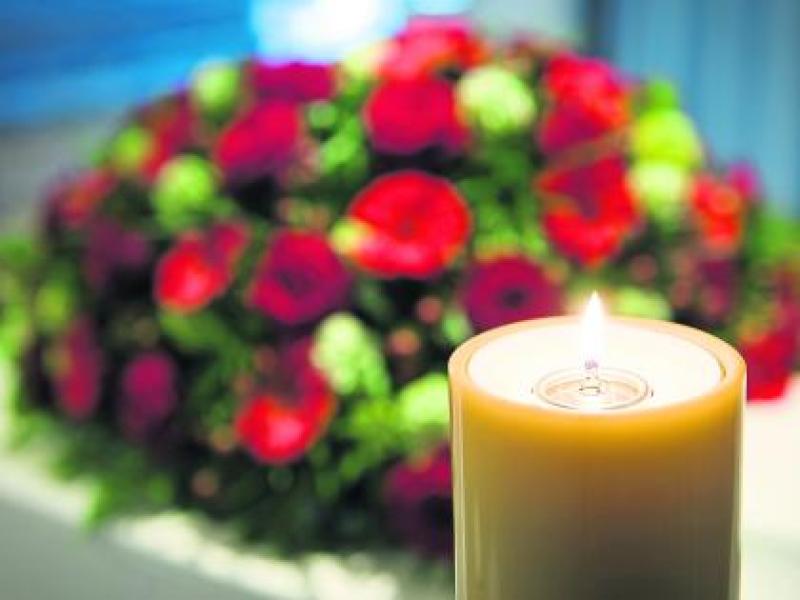 The death took place on Sunday 23 of Patrick Flanagan of Killenard, Portarlington and formerly of Johnsgrove Rosenallis.

Peacefully at the Midlands Regional Hospital Tullamore after a short illness, in the loving care of his family. Predeceased by his loving wife Mary, parents Thomas and Margaret Flanagan and brother Damien.

Reposing at his home in Killenard, Portarlington on Friday from 2pm with Rosary at 8pm. Removal on Saturday arriving St John's Church, Killenard for Requiem Mass at 12 noon. Interment afterwards in the adjoining cemetery.

The death took place on Sunday, December 23 of Simon Walsh of Fairgreen, Portlaoise, and formerly of Clonard, Mountrath.

Reposing at Burke's Funeral Home, Mountrath, on St. Stephen's evening from 7pm with Rosary at 9pm. Removal on Thursday to St. Fintan's Church, Mountrath, for Funeral Mass at 11am, followed by burial in St. Fintan's Cemetery, Mountrath.

Passed away peacefully, surrounded by her loving family at her home. Beloved wife of Peader, much loved mother of Danielle, Samantha, Tracy, Charmaine, Hugh, Jeff and Annmarie adores grandmother of Kyran.