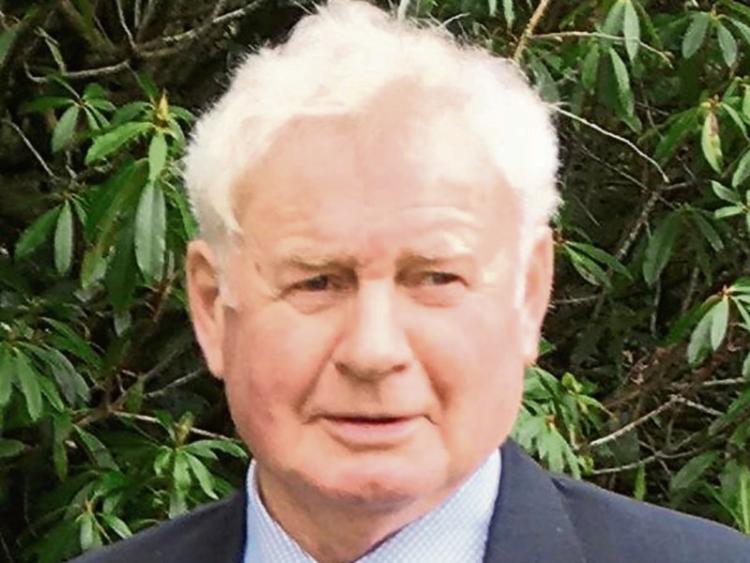 The community mourned the untimely passing of Michael Moore of Knocknagad, Camross on Friday, July 26 after a short illness.

Michael passed away in the wonderful care of the staff of Tullamore Hospital. He died just a month short of his 75th birthday.

Michael was born to Michael of Gurteen and his mother's name was Nora Bergin who was originally from Knocknagad. He was one of four sons and one daughter.

Michael and Maureen lived in Knocknagad for most of their married life and enjoyed the good life farming until he was diagnosed with illness about two months ago.

After undergoing tests there was hope he could recover but complications set in and he lost his battle for life surrounded by his family on Friday, July 26.

Having lost his older siblings - Jimmy who emigrated to England and Kieran who passed away eight years ago - Michael and his only sister Mai were the senior members of the Moore family who contributed so much to the parish of Camross.

Kieran was perhaps the best known because of his Fianna Fail involvement and his huge contribution to Camross GAA. Kieran was part of the famous junior and intermediate success stories in the late fifties.

The younger brother Lar has spent many years in England and he was a member of the last Laois minor team to win a Leinster championship in 1964 and went on to play a major role in the club, appearing in seven finals in a row winning six.

Michael's own playing career was short but controversial. In 1964 he helped Camross win the Fr Phelan cup for the first time ever, defeating Rosenallis by two points.

Michael wore number 14 and he was flanked by Cha Tyrell and Tim Keenan. However, Rosenallis objected regarding the legality of the man wearing 12 - one Dan Hyland. The objection was thrown out but an appeal was made to the Leinster Council who, after consideration, upheld the appeal.

Cecil Thompson was the team captain and the gleaming trophy remained in Sam Pratt’s window for twelve months. A year later Michael helped the team reach the final but Portlaoise claimed victory, captained by the late Ned Murphy.

Michael was for years Chairman of Camross juvenile club and oversaw a great improvement in their fortunes in his time.

His sons went on to help the club win several adult titles and Mary, his pride and joy, contributed greatly to the camogie success as did her mother before her. The family were devastated at the untimely death of son Brian 20 years ago.

Fr Lalor in his funeral homily paid tribute to a great family man who enjoyed life to the full until he was struck down still in his prime.

Reposal was at the family residence on Friday and Saturday where hundreds came to pay their respects to a man they held in high regard.

On Sunday morning removal took place to St Fergal’s Church Camross and, as the cortege arrived at Scully’s Cross, Camross GAA and camogie clubs provided a guard of honour.

The Church was packed as Fr Lalor welcomed everyone for the Requiem Mass of a great Christian who never missed Saturday evening Mass. The family did the readings and singing was by Martin Delaney.

As the ceremony came to a conclusion the strains of “My home at the foot of Slieve-Bloom” resonated through the windows and then 'Lovely Laois.'

They were appropriate because Michael and Maureen enjoyed their social life and were a wonderful dancing couple. As the Church bell rang out the cortege made its way to the adjoining cemetery where Michael was laid to rest under the slopes of the Slieve Bloom mountains.