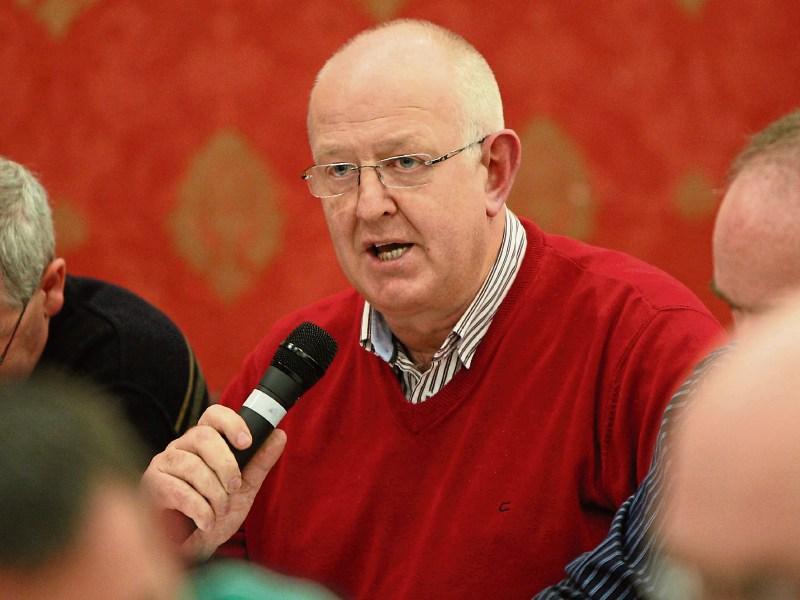 The news on Tuesday, September 10 of the passing of Phil Duggan of the “Woodlands” Roundwood, following a heart attack, stunned the parish of Camross and far beyond.

Phil was well known throughout the county and of course he never shed his passion for the purple and gold of his native Wexford.

From Rosslare he saw many ocean liners depart from Rosslare Harbour in his younger days but he travelled to Portlaoise where he set up business in the Top Square and for years ran one of the town's finest eateries.

In the olden days the business was under the stewardship of the Gray family but Phil and his wife turned this fine building into a modern day restaurant known initially as the Square Meal and then The Pantry.

Phil was born not far from Kelly’s Hotel in Rosslare and it was there he learned his culinary skills.

Phil spent time in England in the bar and catering business where he employed many emigrants and was an astute business man.

However, the lure of home brought him back and he set up business in his native town and then moved to the midlands where he and his wife were appreciated by all the people they met in their line of work.

A few years ago when a Wexford man became chairman of Leinster Council many a great night’s entertainment was had in the top square.

Being from Wexford meant he had to be a hurling follower. Phil was born in 1956 - the year of the Art Foley wonder save to deny Christy Ring another All-Ireland and Jim English who was laid to rest in Clonaslee earlier this year was the winning captain - Phil could not avoid being a hurling fanatic.

Being married to a Browne from the “Town” he also had to pretend to be a football follower too.

Phil and family resided in Mountrath for a time before moving to Camross and he had learned of their hurling past from Paddy Dowling who was a neighbour in Mountrath.

Roundwood, with its views of the Slieve Blooms and Lacca was another attraction and the family just loved it.

Phil immersed himself in the local GAA and when his son Darragh showed promise he was torn between Portlaoise and Camross, but he soon made his name in his adopted club.

Twelve months ago Phil knew he was fully accepted when he was chosen to manage the Camross Intermediate hurlers and against all the odds brought them to the final. In defeat he was as proud as he would have been in victory.

Then when the club elected him chairman he joined a list of great and good people who had held the position, something which he was very proud of.

He said that becoming chairman of a club with 26 senior titles and two provincial crowns was a massive honour.

Phil set in motion arrangements to commemorate the Diamond anniversary of the first senior Crown claimed in 1959. Sadly he was not to see that commemoration

Unfortunately his health had taken a turn for the worst before that, but he was positive and felt being involved would keep his mind off his treatment and it did.

The weekend before last he was in O’Moore Park for the senior hurling that brought defeat but 24 hours later he travelled to Shanahoe to watch the intermediate team in the semi-final.

Wishing the lads the best as they left the dressing room he jokingly remarked, “I thought these lads a few things last year and if they have not forgotten them they have a great chance.”

At the final whistle he could hardly contain his delight and told them to keep it up ahead of the final and prepare as they had done over the last two years.

Sadly Phil would never see the inside of a dressing room again.

Two days later he passed away leaving a heartbroken family.

On Wednesday and Thursday hundreds of people thronged Roundwood to say farewell to a big man with a big heart and wonderful smile.

Phil had been involved with Laois County Board and was involved with referees and was always available when work had to be done - be it club or county no task was too great.

On Friday morning the cortege turned left at Lacca Church and travelled the road Phil so often did on his way to Derrynaseera for games, training, meetings.

This time it was to St Fergal’s Church. Camross GAA club formed a guard of honour at Scullys Cross and the coffin was draped in the black and amber.

Fr Lalor received the remains into St Fergal’s Church and celebrated the Requiem Mass for a man who had made a huge impact in a short space of time.

Fr Lalor spoke of a great Christian and wonderful family man who would miss him greatly, as would all the GAA people who admired his dedication to the club in the short time he spent in the Parish. After Mass Phil was laid to rest in the adjoining cemetery.