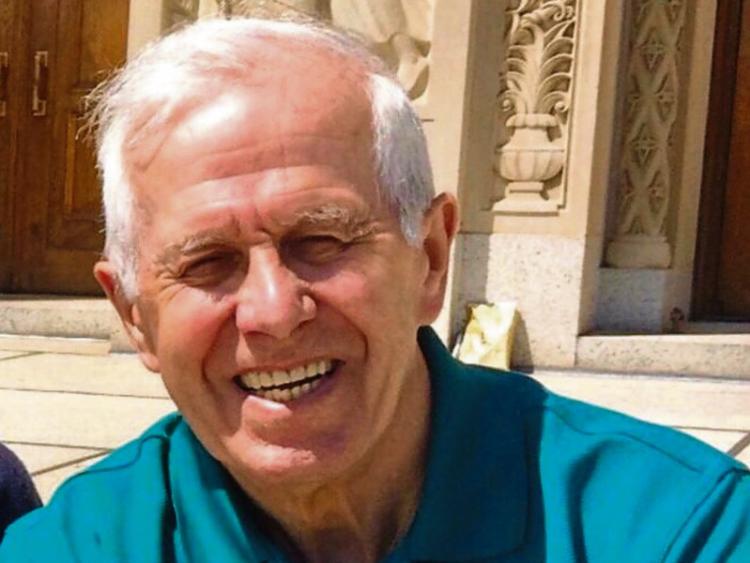 Mountmellick lost one of their much loved loyal citizens with the passing of Noel Coss on September 12th last.

Noel born in 1943, son of Anne and Noel Coss, a man of quiet disposition, passed to his eternal reward at his home at Forrest Upper surrounded by his family after a year long illness.

Noel was employed in prison services Portlaoise for over 30 years until his retirement in 2002.

He hit the sporting headlines in the mid sixties in middle and distance running, having some success in youth and novice events within Laois he developed into a top class distance runner in road and cross country in county, regional and national events.

1967 proved a huge season for the Mountmellick club as they won the first of six in a row county senior cross country team titles, taking over from the great St. Conleths team, led home by Willie Deffew at Kilmullen Portarlington on 19 February 1967. 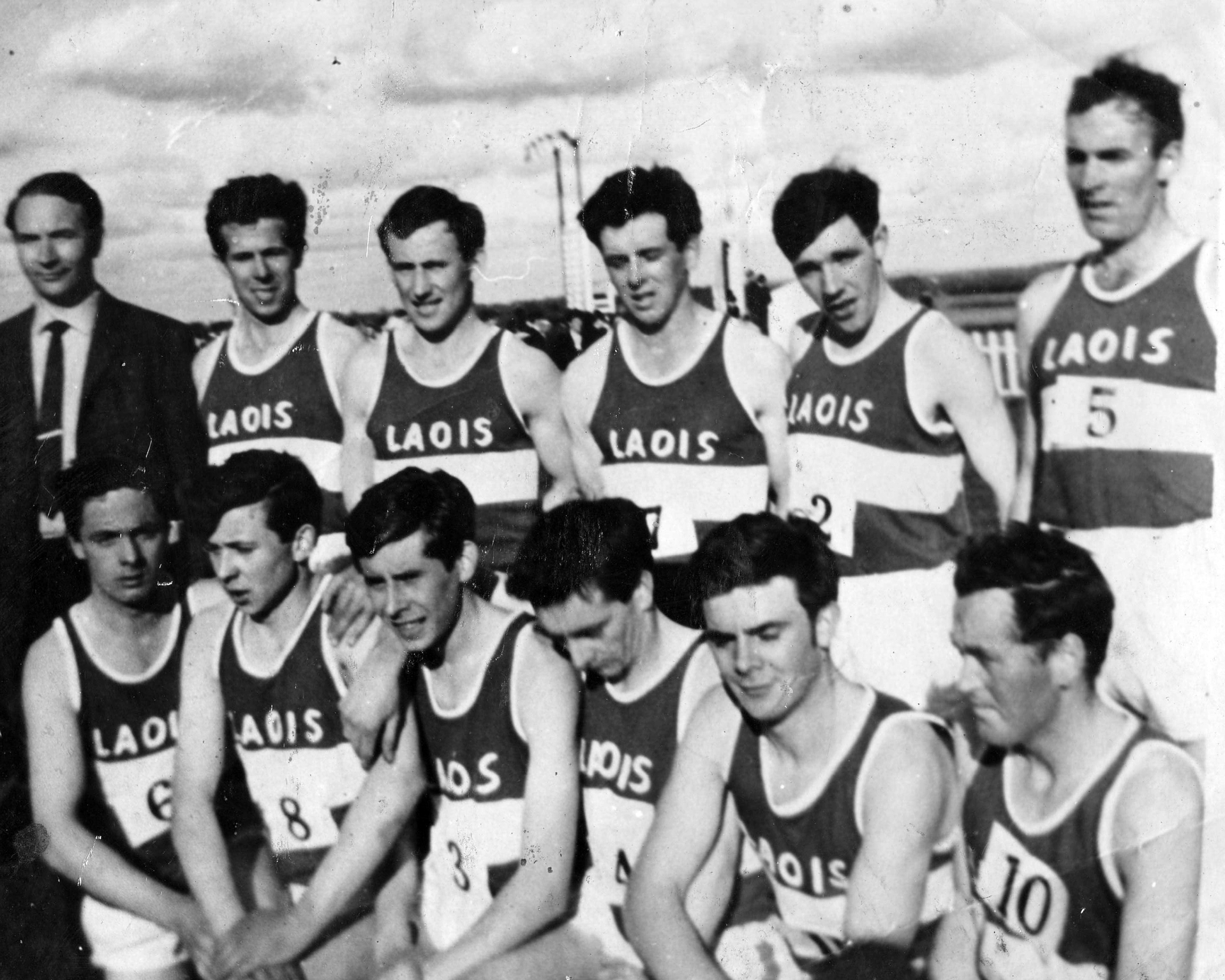 Picture above: Laois Senior Mens Cross Country Team Led by Noel Coss 2nd Left Back Row which were 4th team in the All Ireland Senior Cross Country in Mallow on February 25 1968

Then leading the Laois senior men’s team to fourth place in the All Ireland senior cross country inter county championships on Mallow Racecourse Co Cork, Laois only giving best to the powerhouse county teams of Dublin, Cork and Galway.

In an unforgettable day on their home cross country course at Smiths field on 24 March 1965 Noel led Mountmellick to their greatest success as they beat the then All Ireland club champions the great Donore Harriers in the Leinster senior inter club cross country championships, Noel filling 3rd place after an enthralling contest with internationals Des Wiseman, Louth and Eddie Spillane, Dublin who took 1st and 2nd in that order. 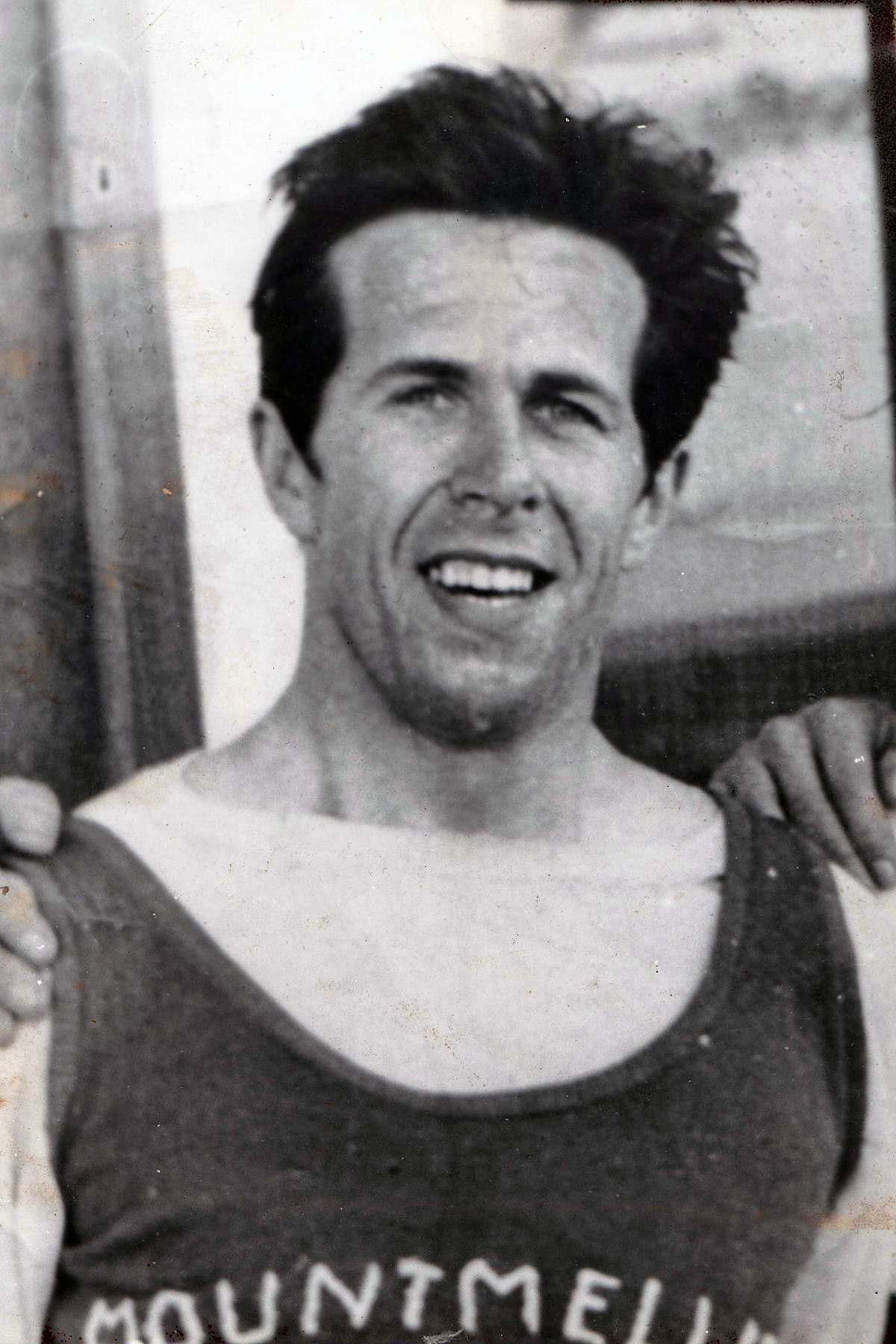 1969 saw Noel win his fourth Laois senior cross country title while into the ‘70s he continued to be an integral part of his club team successes as he recorded impressive wins in open events in track and road races in Laois, Leinster and further afield, the St Abbans Tolerton road 10k and the Mountmellick 10 mile road race to mention but a few of his achievements.

In the ‘70’s family and work commitments curtailed his involvement in top class competitions but he continued to serve his club as an athletic coach and club chairman.

Community involvement was always a priority with Noel as he worked with the Men’s Shed, Meals on Wheels and was a prominent member of the parish choir. He had a great love of gardening particularly the floral variety.

He spent summer after summer with his family harvesting the turf on Cullogh bog providing cosy comfort for the winter months in their bungalow home at Forrest.

His funeral Mass celebrated by Fr Michael Murphy PP in St Joseph’s church and burial in St Joseph’s cemetery on Monday, September 16 bore testimony to the esteem in which Noel was held in his native town and the wider community.

Guards of honour provided by Men’s Shed, former colleagues from prison staff, Mountmellick athletic club and his former athletic colleagues in club and county teams, many of whom travelled long distances to pay a final tribute as Noel Coss was laid to rest.