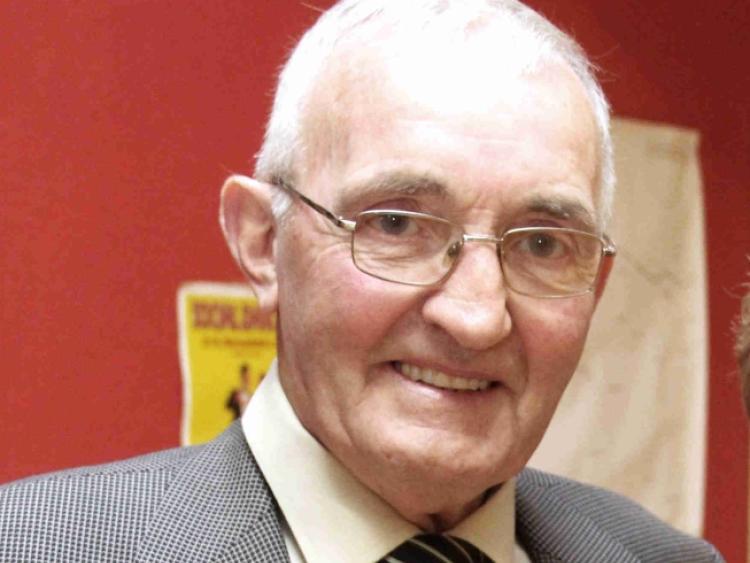 On Tuesday, March 10 the death occurred of Harry Wynne of Kylehaw after an illness that he bore with great dignity. Harry died a week after his 45th wedding Anniversary surrounded by his adoring family.

Harry was one of two brothers who lost their Mother before either had commenced life in the local National School and were greatly cared for by their grandmother.

After completing National School Harry headed across the border to secondary school in Templemore. However, that was cut short when his Grandmother took ill and he was entrusted with looking after her in her own home.

Although work and looking after his family was his primary focus, Harry became involved with the local hurling club, then known as Errill-Graigue. Even at an early age he showed skill that would lead to a regular place on the team. It was a proud occasion when Graigue reached their first senior final in 1967. That day turned sour though, when on October 1 Mountmellick gave a masterclass display and became the first recipients of the Hetherington Cup.

Harry was happy because he had played alongside local hero Jimmy Murray of Laois All-Ireland fame in 1949. Two years later Errill reached the final again but this time it was the silken skills of Paddy Bates, Phil Dillon and Fonnie Foy of Clonaslee that inflicted another heavy defeat, as Errill simply had no response.

However, Errill had not given up, it was not in their make-up and Harry was reminded of the great men of the 1950s and their time would come.

The 70s did bring some success. The league was very competitive and Harry was chosen to be captain. When they reached the league final of 1977 Harry sensed this was a great opportunity. Errill were appearing in a final for the first time since '69 and it was Harry's third final and it proved to be a milestone. He was thrilled to receive the trophy and promised there would be even greater days ahead.

Two years earlier Harry had got married to Teresa Bergin. He would lead his side to another title in 1979 and then led them to the championship decider of 1980, but Castletown proved to be a bridge too far. In all this team contested five league deciders, but now it was time to concentrate on the championship. After some serious discussions they laid out their stall.

1981 was 31 years since Errill challenged Clonad in the senior final and that team included Harry's father, Bill. Bill was a link with the team of 1938 beating Rathdowney and he would tell Harry how he had to lose one before winning. Harry knew all about losing - he recalled how in '79 with the league title secured, Errill were ahead in the championship semi-final with the winning post in sight but Mountmellick stunned them with a late scoring blitz to win by a point and he knew they would fancy themselves again.

Harry thought it would be great to make amends and they prepared hard. The semi-final was hard fought but Errill got over the line and, in the other semi-final, Mountmellick looked impressive. There was an air of confidence about the men in green but nothing would be taken for granted. However, a great performance yielded a return to the senior grade amid great celebrations. Harry was delighted as he was now part of the team and also Vice Chairman of the club. Earlier that year they won the prestigious Kilcotton tournament, but there was disappointment when they were denied the treble when Mountmellick reversed the championship result in the league final.

A year later they surprised everyone back in senior and there was great excitement when they were paired with whom else but Rathdowney in the first round.

The game was played in Borris-in-Ossory and a huge crowd packed the banks and, at the final whistle, Errill had four points to spare. Even greater days lay ahead. In August they beat Clough-Ballacolla in the semi-final to advance to a first senior decider since 1954. They had begun their senior campaign in O’Keeffe Park and, in September, they played in the final against the holders Portlaoise and, with five minutes remaining, the dream was still alive but the champions using all their experience just pulled away to deny the gallant newcomers on a historic occasion.

Harry came on as a sub late in the game but that was the end of a great career on the playing field. However, the club would benefit by his common sense approach and he gave his time to promoting the game for many years.

Then another milestone. Harry had started with Errill/Graigue, then Errill and 15 years ago he signed up to Rathdowney-Errill and it proved to be a very wise decision.

Two years into the new regime the senior hurlers reached a first final and the captain was Harry's son Liam. On county final day he led the Parish to their first Senior title and he became the second Errill man to receive the prestigious O’Keeffe cup.

Jimmy Murray back in 1952 was the first and now a descendant of that winning team was bringing the trophy home. Many more titles in various grades have gone the same route since.

Harry continued to serve the club and Parish he adored and immersed himself in many organisations until ill health caused him to spend most of his time closer to home.

On Friday morning, March 13 the crowds gathered in Errill for Harry's funeral Mass. His passing at a reasonable young age was tough to take. The club formed a guard of honour and the coffin was draped in the club colours as Harry made his last journey to the Church of the Lady Queen of the Universe where he worshipped for many years.

The chief celebrant Fr Martin Delaney welcomed the congregation to say farewell to a great Christian loved and respected far and wide. He spoke of Harry being the perfect husband, father and grandfather and great parishioner for so many years and how he would be missed by all he was acquainted with. He recalled the places of employment Harry spent time in like, Donaghmore Creamery, Lisduff lime works and the quarry, and he worked day and night for the community.

In conclusion the celebrant recalled how many years ago Harry was baptised by Fr Pat Delaney, a native of Camross, and later he was confirmed by another Camross man, Bishop Patrick Collier. 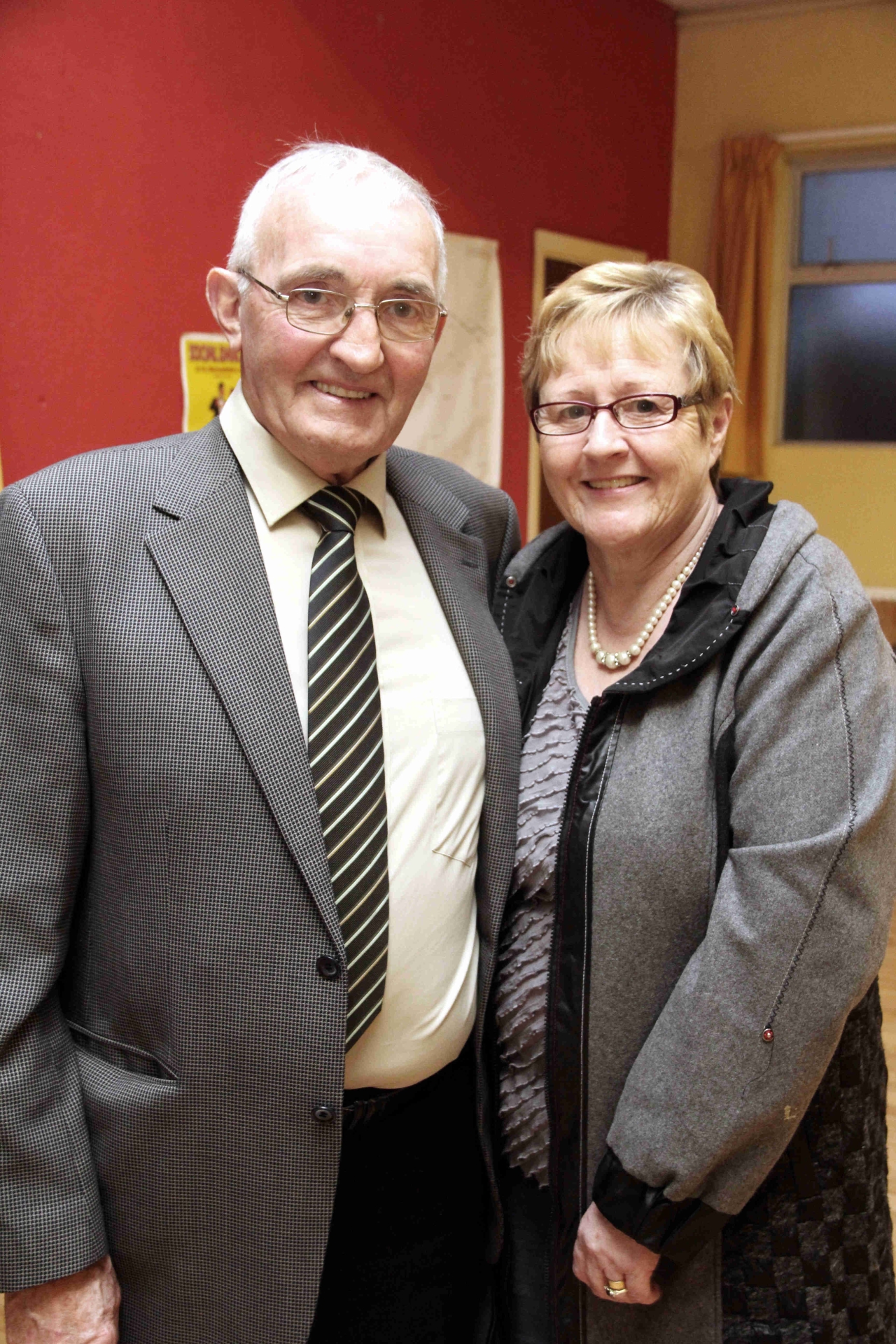 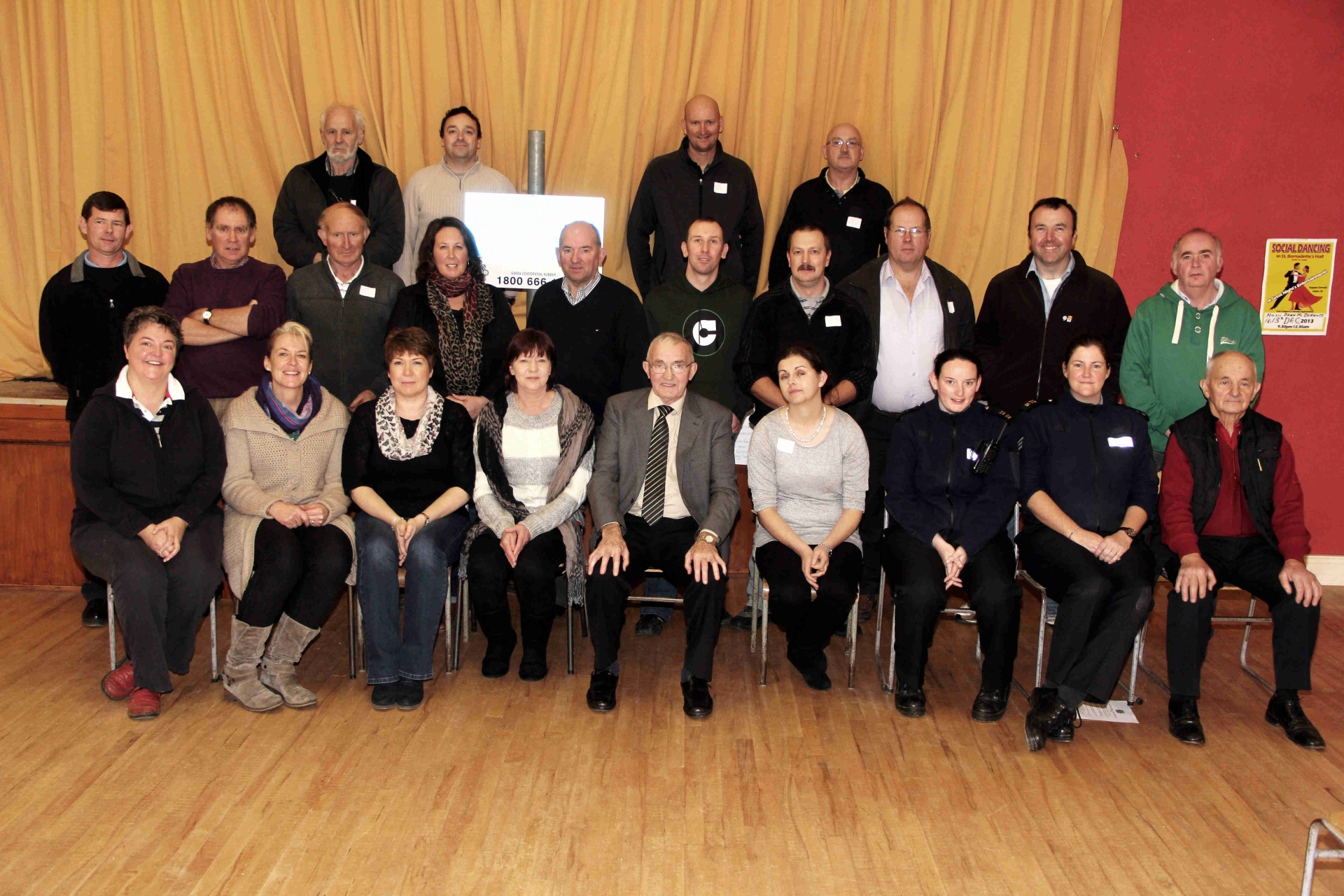