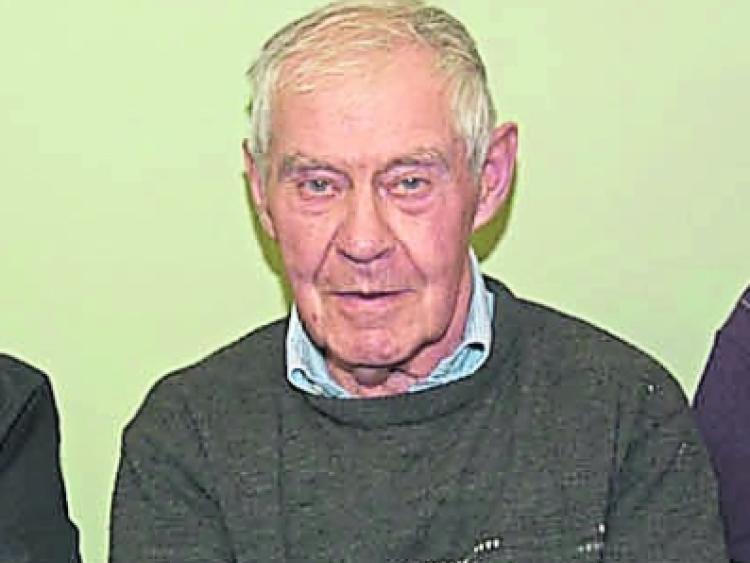 The death of Jim Rafter of Clonmeen, Errill on Saturday, March 14 caused great sadness throughout the parish of Rathdowney Errill and beyond.

Jim was born 81 years ago and although the second world war had commenced, life ran as normal in Ireland. Dublin won the All-Ireland hurling in 1938. The star of the winning team was a young up and coming star named Harry Gray, wearing number nine. Harry was born in Rathdowney and, later that year, he attended the county final in Portlaoise.

The contestants were Rathdowney seeking a 17th title and their first since the same Harry Gray captained them to success two years previous. The underdogs Errill were appearing in only their second decider, and seeking their first title.

One of the biggest upsets for years saw the title head out towards the Tipperary border. Any wonder then that Jim Rafter would grow up listening to the deeds of these great men, and he yearned to be a hurler like them.

From an early age Jim showed promise hurling with Errill/Graigue at juvenile level. He came to prominence with the parish minor team that contested the final of 1956 but lost, only to contest the final again twelve months later.

This proved to be the day Jim really came to prominence giving an all-round display that mesmerised the Portlaoise team, favourites to retain their title.

He represented Laois at minor level that year and in 1961 made his senior inter county debut against Kilkenny.

Six years on and Jim was playing senior hurling having moved from Errill/Graigue to play with Rathdowney who were hurling well, having spent time in intermediate. In 1963 they met their neighbours from Ballygeehan, then called St Canice’s. It was a wonderful game but it was the team with Vinny Rafter and four Cashins that ultimately reached the final.

Jim would have better luck on his next appearance in a semi-final, three years later. This time he was to line out in midfield against Portlaoise but the first meeting had to be abandoned when the father of the three Mahons died suddenly.

The replay in Mountrath in late October was eagerly awaited and if Jim Rafter had been quiet the first day, then the three week break brought him on greatly. Rathdowney had not contested a final since they lost to the Town in 1943 when they included the one and only “Red” Jack Hyland from the next parish of Clough and the gifted Paddy McCormack.

Since then times were lean with no stand out player. From the throw in the talented Jim Rafter was looking a man apart and he blazed the ball over the bar inside a minute. Portlaoise were slow in the opening minutes but then hit two points and “Scratchy” got inside the Rathdowney defence and gave Seamus Bracken no chance. Jimmy Mullins hit a point for the green and red then, in a five minute spell Rafter, as the crowd roared, hit three in a row to level matters with ten minutes to play.

Portlaoise tried to curb the minor of ten years earlier but he rifled over another pair of points and, at the break, Portlaoise trailed 1-4 to 0-9. Portlaoise were favourites although they had been out of knock out stages since 1961. Then another gifted minor Brian Delaney, who played in both Leinster finals two years previous, showed his talent drawing the teams level with two quick points and now it seemed as if the pendulum had swung in favour of the green and white and their supporters began to shout “where is Rafter now.”

No need to ask because within minutes he split the uprights twice then fed Paddy Creagh who added another. Jim Leonard, another dual player, pulled one back but again Jimmy landed his eleventh and that was that.

Not many players have scored eleven from play in a semi-final but this was a truly exceptional display by a man who had worn the Laois jersey in the early 60s. The final proved to be a disappointment but if they were handing out All-stars then Jim would surely be on the short list.

Three years later another final defeat but there would be one more final, a junior title in 1974 when he was finally rewarded alongside his brother Rodger and a few golden oldies like Pat Delaney, Seanie Fitzgerald and Paddy McCormack. Victory was theirs and it was hang up the boots time.

Jim remained involved and, more recently, he wore the stewards jersey in O’Moore Park. He served at all levels of the GAA including player, selector, referee, groundsman, administrator and county board delegate.

A few short lines from the homily that summed up this gifted sportsman and gentleman: “The strong arm that held me when my own strength let me down, each morsel I was fed with was full of love. At every turning in my life I came across good friends and family who never let me down and stood by me."

Jim passed away in his 81st year just before St Patrick's Day and his funeral Mass was celebrated in Rathdowney. A large crowd listened outside because of the present restrictions and the local club formed a guard of honour and his coffin was draped in the colours of the club he adored.