WATCH: Stalwart of the London-Irish community laid to rest in her native Laois 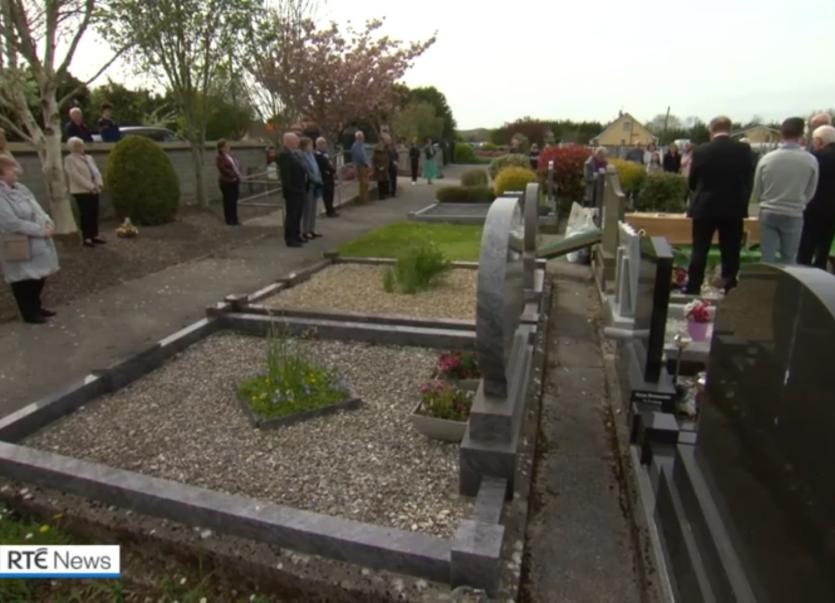 A champion of the Irish community in London who died after contracting Covid-19, Mrs Alice Kennedy, was laid to rest in her native Clonaslee yesterday.

Originally from Clonaslee, Ms Kennedy (née Culleton) moved from Shracullen to Kentish Town 58 years ago and immersed herself in the Irish community in London through her roles with the Irish Elderly Advice Network and her beloved Irish Pensioner’s Choir.

She would go on to chair the network which cares for older Irish emigrants living alone and also served as secretary of the Irish Pensioners Choir for many years.

83-year-old Alice was admitted to a London hospital with symptoms in late March and was later diagnosed with Covid-19 before sadly passing on April 1.

Speaking to the Leinster Express earlier this month, Co-Director of the Irish Elderly Advice Network and close friend of Ms Kennedy, Nora Mulready, said that Ms Kennedy was “the life and soul of everything in the Irish community in London”.

“The outpouring of love for her over the last number of days has been a real testament of what she meant to people over here.

“People knew she was ill and were following her progress, checking up on her.  At one point, we all got news that she had improved. In fact, Alice was texting people herself because the doctors said she was doing well and had improved overnight.

“The last text message I got from her said, ‘The doctors say I’m doing well, thank God’. That was probably three days before she passed and she just rapidly declined after that.

“She was still right at the absolute top of her game even at 83 years of age. Bright as a button, you’d get nothing past our Alice. She always dressed so well and stood so perfectly upright. It was her smile though, everyone that has paid tributes has commented on it,” said Ms Mulready.

“She was a tiny woman, but she was massive in every other way.

“She was deeply involved in the Irish Pensioner’s Choir and they had so many adventures, including recording songs with Foster and Allen - which was hilarious and fantastic. There’s a video on Youtube and right in the middle, you’ll see Alice. As always," she finished.

When she emigrated in 1962, Alice worked in Woolworths for seven years, then in John Lewis on Oxford Street until her retirement. Her husband was Frank Kennedy, whose remains were also laid to rest in Clonaslee.