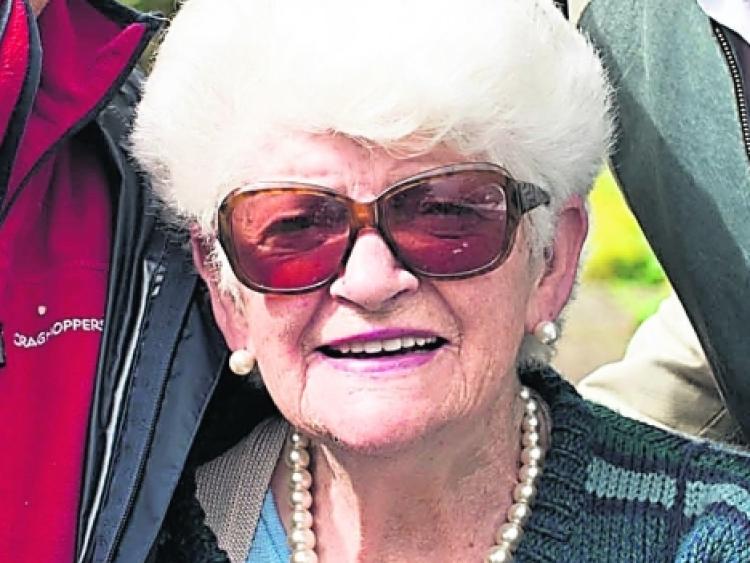 Mrs Quinn was a well known figure in Abbeyleix and beyond, not least through the family run cafe Quinn's Tea and Coffee Rooms at Lower Main Street.

The family notice said that “she passed from this world with a grace she was renowned for in life, and will rest in peace with her beloved husband Billy.”

She was a familiar figure in Quinn's Tea and Coffee Rooms at Lower Main Street, where she loved to meet and chat with people. At present the iconic cafe, which is nearly 40 years old, remains closed following a fire at the premises last year. It is run by her daughter, Marie.

The family previously ran a grocery on Main Street which her husband Billy was involved in.

Removal took place from her residence at 1.45pm on Sunday to The Church Of The Most Holy Rosary for requiem Mass at 2pm. Burial took place afterwards in St. Patrick's Cemetery