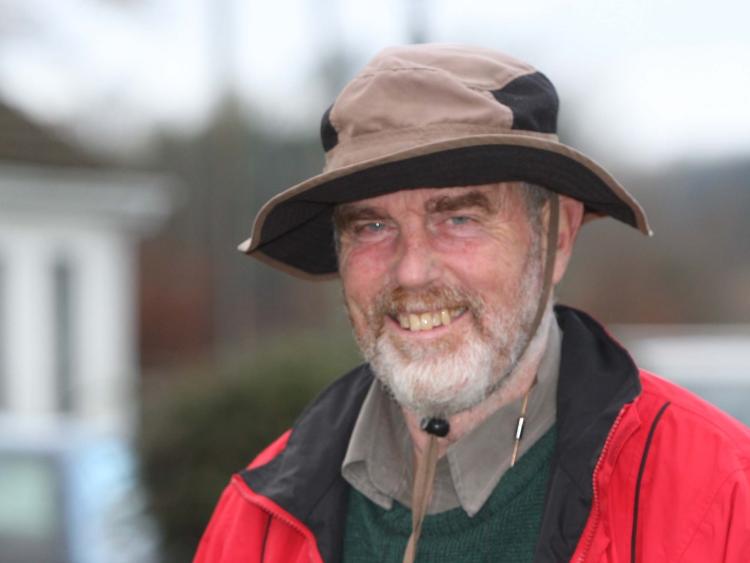 Laois has lost a passionate, wise and witty supporter of GAA, nature and heritage this week.

He died peacefully at the Beacon Clinic surrounded by his loving family. He was the beloved husband of Joan, and father to Colm and Diarmuid. Also mourning Seán are his sister, brothers, sisters-in-law, brother-in-law, daughter-in-law, nephews, nieces and treasured grandchildren.

A retired engineer from Laois County Council, he will also be missed by his neighbours, work colleagues and former club members from St Vincent's and Portlaoise GAA Clubs and his wide circle of friends from near and far.

Tributes from the areas of GAA and nature show the great regard in which Seán Mullins was held.

"On Tuesday night, 4th August, the Club lost one of it’s staunch Clubmen, Sean Mullins, after a brief illness. A native Dub, Sean had a stellar career at both Hurling and Football with St. Vincent’s before coming to Portlaoise in the early ‘70s.

"Throwing his lot in with ‘The Town’ he was a key member of the 1976 Leinster Club SF winning team. After his playing days were over Sean became involved with the Club Committee, especially the grounds development side and was instrumental to the development at Fr. Browne Ave.

"He was Juvenile Chairman for a number of years and a selector and mentor on many great teams. Our sympathy to his family. Ar dheis Dé go raibh a anam dílis."

The club will form a guard of honour at 11am on Friday from his home to the cemetery.

Laois County Council staff are also in mourning for their retired esteemed colleague.

Laois Heritage Officer Catherine Casey has given the following tribute.

"Sean Mullins was a huge supporter of all efforts to protect and enhance wildlife and heritage in Laois, from development of walking trails to surveys of birds and habitats. He was founding member of the BirdWatch Ireland Laois Branch, and a great supporter of all heritage projects in the county.

"He was a regular attender of heritage talks, walks and events and with a wide range of knowledge and ideas he was always entertaining company, his enquiring mind always ready to challenge the orthodox view or accepted wisdom. He will be very sadly missed," Ms Casey said.

"Seán was a great help and a support to us whenever we were looking for applications for grants. He will be fondly remembered and sadly missed by all our members," said Gerry Browne.

Social distancing will be observed at his funeral. In line with Seán's wishes he will repose privately.

Interment will take place in SS Peter and Paul's Cemetery, Portlaoise on Friday morning at 11.30 am where people can stand to say farewell to Sean.