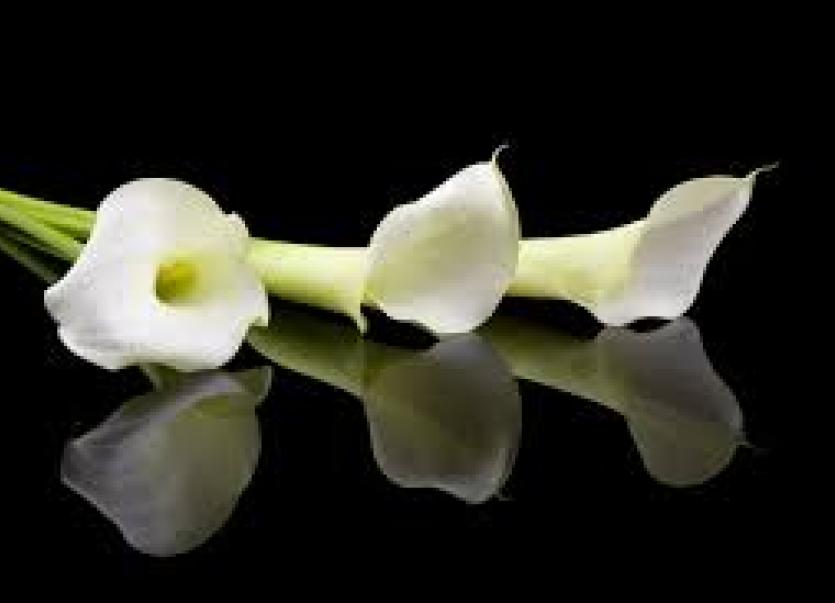 The death took place on Wednesday, October 28 of Sean Muldowney of Parknahown, Cullohill.

In accordance with government guidelines a private Funeral Mass will be held for Sean in St Tighearnach's Church, Cullohill, on Friday at 2pm followed by burial immediately afterwards in the adjoining cemetery.

Due to Government restrictions a private funeral Mass will take place on Friday morning at 11am in Holy Trinity Church Durrow. This Mass will be streamed live and can be viewed on the following link: https://www.youtube.com/c/AllisonRitchieChurchSinger

The death took place on Wednesday, October 28 of Michael O'Neill of Mount Carmel, Newbridge and Abbeyleix.

Peacefully, surrounded by the nurses and care staff at the Kilminchy Lodge Nursing Home Portlaoise. The patients and workers at the nursing home were uncle Tom's extended family for the duration of his contented stay there. He was the last surviving child of the late Tom and Biddy Tynan (nee Stone). He is survived by his nieces, nephews, grand and great grandnieces and nephews, numerous cousins, relatives, neighbours and friends.

Due to Covid 19 directives a private family funeral will take place on Friday, leaving Guilfoyle's Funeral Home, Castletown at 12 noon and proceeding straight to St. Fintan's Cemetery, Mountrath for burial.

The death took place on Tuesday, October 27 of Ann Phillips (née Doherty) of Beechlawn, Portlaoise, and formerly of Graiguenamanagh.

Private funeral for family and close friends only will take place, followed by cremation.

The death took place on Friday, October 23 of Sidney (Sid) Kerr of Castleknock, Dublin 15 and formerly of Ballyfin.

A private funeral will take place, due to government advice regarding public gatherings.

The death took place on Sunday, October 25 of Thomas (Tom) Clarke of Borris Road, Portlaoise and formerly of The Castle, Kildare Town.

Tom's Funeral Mass can be viewed at mcnmedia.tv on Thursday morning from 11am.