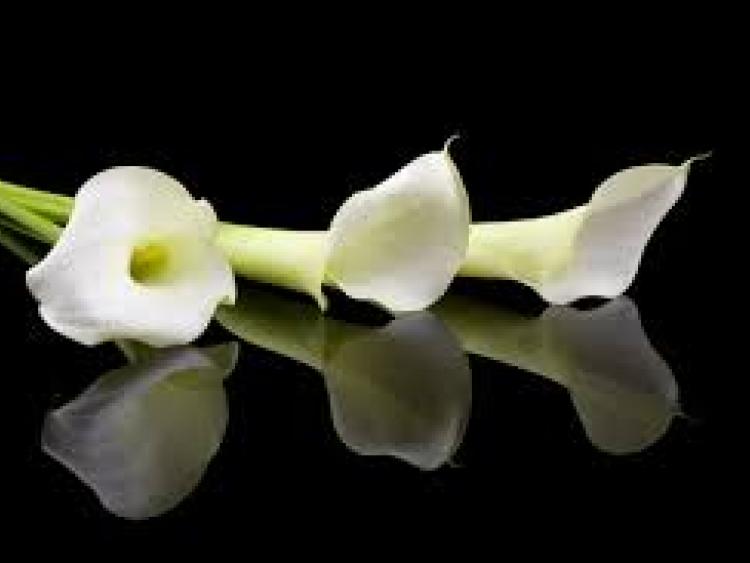 Requiem Mass on Friday at 12 noon in SS. Peter & Paul's Church Portlaoise and will be streamed live on portlaoiseparish.ie

Due to Covid restrictions Paddy's funeral will be private. Sympathisers are welcome in the church and demetery grounds and along the route to the cemetery.

The death took place on Tuesday, January 5 of Michael (Mick) Duff or Drimnagh, Dublin 12 and late of Coolnacarte, Mountrath, and formerly of Esso Ireland.

The death took place on Tuesday, January 5 of Liam Carroll of The Buildings, Courtwood, Ballybrittas.

Suddenly, but peacefully, in his 92nd year, at his residence, in the company of his loving family. Sadly missed by his loving and devoted wife Theresa and children Alice, Bill, John Bosco, Pat, David, Oonagh and Philip, his 16 grandchildren, daughters in law, son in law, brothers in law, sisters in law, nieces, nephews, relatives, neighbours and a large circle of friends.

Due to the Covid 19 restrictions, a private family funeral will take place. Removal from his residence on Friday morning at 11.20am to arrive at the Sacred Heart Church, Rath, for 12 noon Requiem Mass. Interment to follow in the new cemetery Emo. Liam's Requiem Mass will be lived streamed (link to follow)

Sympathisers are welcome to stand along the route to the church and in the precincts of the cemetery grounds.

The death took place on Monday, January 4 of Patrick John Nealon of The Hermitage, Portlaoise and ormerly Clonboyne and Janesboro Limerick.

Due to Covid restrictions there will be a private family funeral. Removal from the Presentation Chapel, Stradbally on Wednesday to the Sacred Heart Church, Stradbally for 2pm Requiem Mass. Interment to follow to Oakvale Cemetery. Brigid Requiem Mass will be live streamed on www.whelehanfunerals.com/brigidbuggie

Due to Covid 19 directive a private family funeral will take place (limited to 10 people). Due to increased risk of infection you are asked not to congregate in the church yard or at the cemetery in the interest of public safety and current public health guidelines.

Sarah's Funeral Mass will be live streamed on the Pike of Rushall Church facebook page on Wednesday at 12 noon.

The death took place on Sunday, January 3 of John Dalton of Cremorgan, Timahoe.

Due to current government advice regarding public gatherings, a private family funeral will take place, for family only, in St Michael's Church on Thursday at 12 noon. The Mass can be viewed on the parish webcam https://youtu.be/05PzQGYkFBk. Interment afterwards in local cemetery.

Friends and neighbours are very welcome to line the route to the cemetery from the GAA Field in a safe and socially-distanced manner, as a mark of respect. The family appreciate your co-operation and understanding at this time.

Peacefully at Portlaoise Regional Hospital. Predeceased by his longtime friend Michael. Sadly mourned by all his friends, his care team, Gordana, Fenagh and Jackie, Howard and staff at Flynn's Medical Hall, Dr. Maeve Carroll, Borris in Ossory and all who knew Terry.

As per the COVID-19 Directive a private funeral has been arranged, due to the increased risk of infection you are asked not to congregate at the Church yard or at the cemetery in the interest of public safety and in compliance with the current guidelines.

Due to the Covid 19 restrictions, a private family funeral will take place. Removal from her residence on Wednesday at 11.20am, arriving at The Sacred Heart Church, Rath, for Requiem Mass at 12 noon. Funeral afterwards to Moyanna Cemetery.

The death took place on Sunday, January 3 of George Kerr of Ross, Portlaoise.

Passed away in The Regional Hospital Portlaoise. Loving husband of the late Olive. Sadly missed by David and Andrew. Aphra, and Yvonne, daughter in law Yvonne, sons in law John and Anthony, grandchildren, Aimee, Dylan, Elva, Luke, Zoe, Gabriel and Harvey. Family only funeral due to government guidelines.

Due to current restrictions a private Funeral Mass will take place on Wednesday at 9.30am. Those who would have liked to attend but cannot may view the Mass at this link https://www.dundrumparish.com/webcam/.