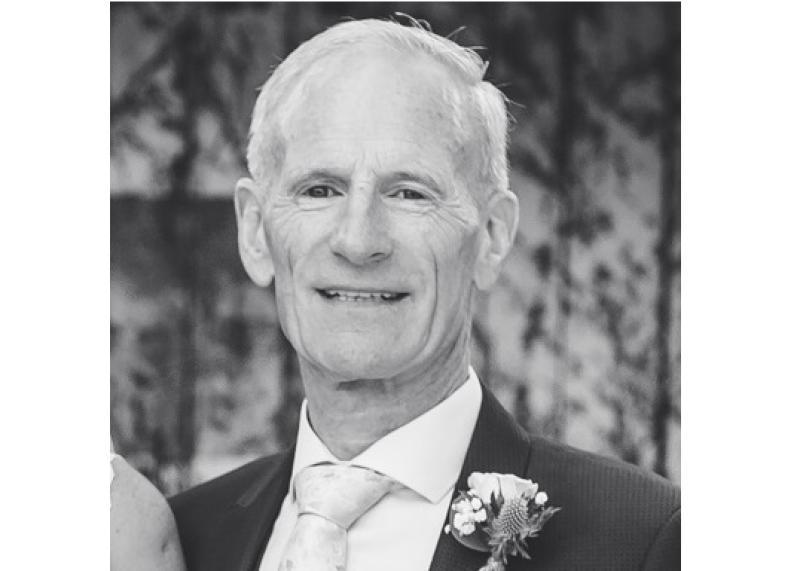 A Laois secondary school has paid a fond and touching tribute to a retired teacher who died unexpectedly last weekend.

Mountrath Community School has described the selfless, compassionate and forward thinking role of the late Raphael 'Raef' Scott, and paid a beautiful tribute to his loving family mourning his loss.

Some of the staff there had worked with him since the days of the Patrician College Ballyfin, and with Principal Siobhán McCarthy have written this tribute to their former colleague and friend.

"The untimely passing of Raphael Scott has left an enormous void in the hearts and minds of those who knew him.

He will be universally remembered as one of the most highly regarded Mathematics teachers by the students he served and his peers.

A native of Mountmellick, he began his teaching career in Patrician College, Ballyfin in 1981, a nationally recognised school that became synonymous with academic excellence and a student-centred ethos, owing largely to the talents and dedication of Raphael and many others like him.

Following the amalgamation of Ballyfin College, the Brigidine Convent and St Aengus Vocational School in 2009, Raphael came to Mountrath Community School, where he very quickly adapted and became a very important and valued member of the Senior Management Team.

Raef was also a Year Head and did a lot in terms of policy making for Mountrath Community School. He played a huge part in the formation of the new school and its culture. He retired early in 2013 to enjoy his life with Bernie.

He was sorely missed by his friends in MCS but kept up contact with his colleagues and will always be fondly remembered and considered a part of the founding cohort of Mountrath Community School.

By nature, he was quiet and unassuming, sincere and kind. In his role as a Year Head, he was compassionate and empathetic to parents and students in his care.

Notwithstanding his calm disposition, he was a vocal staff member whenever he felt student welfare and interests needed improving. In that spirit, it was Raphael who created the first ever female sports team (Basketball) in Ballyfin in the late eighties, a testament to his selflessness and inclusive ideology.

He adored his wife Bernie, who also taught Art in Ballyfin for many years. Such unity, love and devotion as a couple was noticeable and endearing.

Raphael would have wanted this tribute to directly tell his daughters, Joanne & Claire, that he loved the ground they walked upon and that he was incredibly proud of the brilliant young women they became.

A proper gentleman, he will be deeply missed in Ballyfin, Mountrath and far beyond.

Raef, adoring husband of Bernie was beloved father to Joanne and Claire and is deeply missed by his son-in-law Michael. He is also survived by brothers and sisters Michael, Tommy, David, Maura, Kathryn and Brigid.

He is predeceased by his parents Tom and Brideen and brother Richard. Lovingly remembered by aunts, uncle, cousins, nephews, nieces, sisters and brothers-in-law and extended family. Sadly missed by his neighbours, students and friends.

Due to the current government guidelines regarding public gatherings, a private funeral will take place in the coming days for immediate family only.