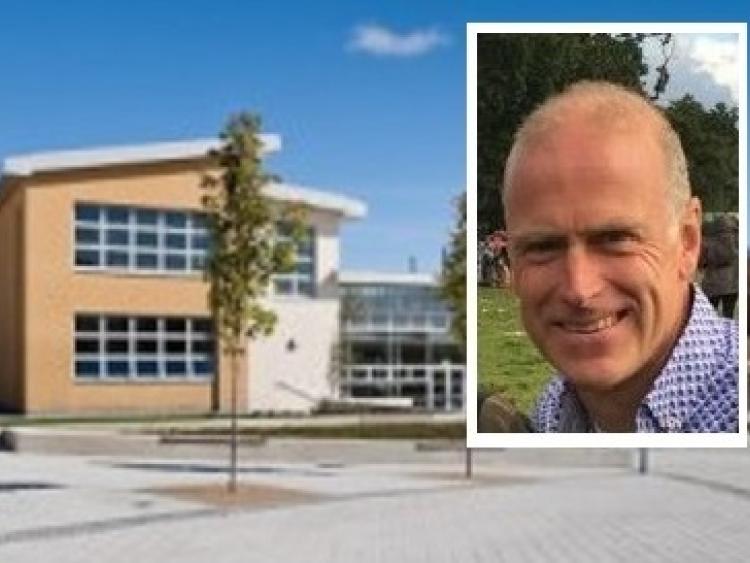 The Principal of St Mary’s CBS in Portlaoise has paid tribute to her Deputy, John Duggan, who died suddenly last Tuesday, April 27.

Maura Murphy said that the boys secondary school is united in grief at their loss, and in sympathy to John’s family.

“The entire school community, our staff, pupils, past pupils and management, are united in their grief at this sudden tragic loss of life.

“John was a gentleman, that’s the word that keeps coming back for everyone, in all his dealings. The respect he had from his students, you only have to read the messages of condolences to see that, going back all the years.

“He did everything to the highest level. He was a lovely person. Our hearts go out to his wife Anna, to his brothers and sisters and of course his parents who have lost a special person in their lives.

“John was first a student in the school here. He trained as a teacher and after working in Patrician College Newbridge he took the first chance he got to get back to his beloved Portlaoise.

“The way he worked with his football teams, his commitment was incredible, he would be in training them every day over the Easter holidays, and the respect those lads had for him was unbelievable. As a teacher he was just top of the range. He was a keen sportsman and very fit. He loved a night out, he would go out with all the staff, he has a big broad smile in all our photos of him in the staff room, he loved a good occasion," Ms Murphy said.

The shock of the news hit everyone hard that Wednesday morning.

“We had an online meeting first to talk, and a moment’s silence, just to gear ourselves up for the day ahead. Wednesday was a horrid day. The students have been amazing, in their care of the teachers who are some of his best friends and were very shaken.

"After school we held a small prayer service in our GAA pitch," she said.

Ms Murphy had written the following tribute to inform her staff of the tragic news ahead of the school day, outlining the extraordinary commitment of John Duggan to his alma mater school.

“It is with great shock and sadness that we learn of the passing of our colleague and friend John Duggan.

“John is a past pupil of the CBS Portlaoise and has taught here for most of his career. He spent many years training school football  teams and always with great success. His commitment to his players was absolute. John was an outstanding teacher of Irish and French - his reputation in the classroom was matched only by the respect of his students for him.

“John was a hard worker, diligent, committed to the CBS and his students and loved to train the lads for games and of late, PE. He was a very private person, but a good friend to many of his colleagues  who shared his many interests, especially football and golf, which he enjoyed so much.

“John's gift at languages led him to study Italian for several years and he spent many weeks of his holidays in Italy, where there are always so many places to visit. Anything John did, he did it to the best level.

“Farming his Limousin cattle was another facet of John's life which brought him enjoyment and success. He always loved the Ploughing Championships each September, when he would get away with the Ag Science classes for a day to see what his competitors in cattle breeding were producing.

“At the start of his career, John taught for several years in the Patrician College in Newbridge, but his love of 'The Town' brought him back to Tower Hill at the earliest opportunity, and it was from here, on the Borris Road, that he would have retired in 5 weeks time, celebrated by us his colleagues and students, past and present.

“Unfortunately, this was not to be. We wish Anna, his wife, his parents, brothers Liam and Cyril, sisters Anne and Noeleen and their extended circle of family and friends. Above all, John was a gentleman who will always be remembered for his wonderful smile and quiet ways. May he rest in peace,” the Principal Ms Murphy said.

The school will pay their respects on Saturday with a guard of honour along the route of Mr Duggan’s funeral, adhering to Covid social distance guidelines.  Full funeral details here.

Led by their Meitheal and student council members, students in their uniforms will line the Block Road from Chantiere Gate.

St Mary's CBS' three counsellors are also on hand to support students, while the Principal said that the Department of Education has counselling available for the teaching staff.