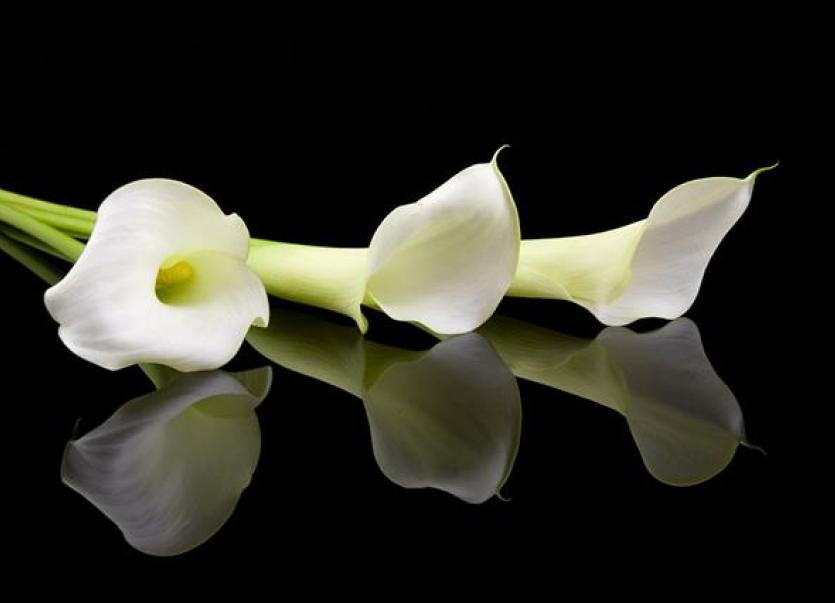 The death took place on Monday, June 21 of Tony Lynch of Ballymore Eustace, Co. Kildare and formerly of Mountmellick.

Husband of the late Bridget and father of Donal and Stephen. Will be dearly missed by his family, daughter in law Audrey, grandchildren Daniel, Timothy and Conlan, brothers Brian, Ger, and sister Margaret, nieces, nephews, extended family, relatives and friends. Pre-deceased by Austin, Oliver, Sam and Eileen.

Funeral to the Church of the Immaculate Conception, Ballymore Eustace, on Wednesday, arriving for 11.30am Funeral Mass, followed by burial in St. Mary’s Cemetery. Given the exceptional climate and to protect everyone who knew Tony, the funeral Mass is for 50 persons.

Peacefully, at her residence, surrounded by her loving family. Predeceased by her husband Ned and son James. Deeply regretted by her daughters Marie and Eilish, sons Eamon and Sean, sons-in-law Tom and James, daughters-in-law Marguerite and Catherine, thirteen grandchildren, cousins, nieces, nephews, relatives, neighbours and friends.

Reposing at her residence. In accordance with HSE guidelines, a private Funeral Mass for family and close friends (max 50 people) will take place on Wednesday at 11am in Holy Trinity Church, Durrow, followed by burial immediately afterwards in the adjoining cemetery. The Funeral Mass will be streamed live on the following link: https://www.youtube.com/c/AllisonRitchieChurchSinger

The death took place on Sunday, June 20 of Brendan O'Brien of Millview and formerly of Dr Murphy Place, Portlaoise.

The death took place on Saturday, June 19 of Paul Hartill of The Crescent, Ballylinan.

Funeral arrangements to be confirmed later in the week.