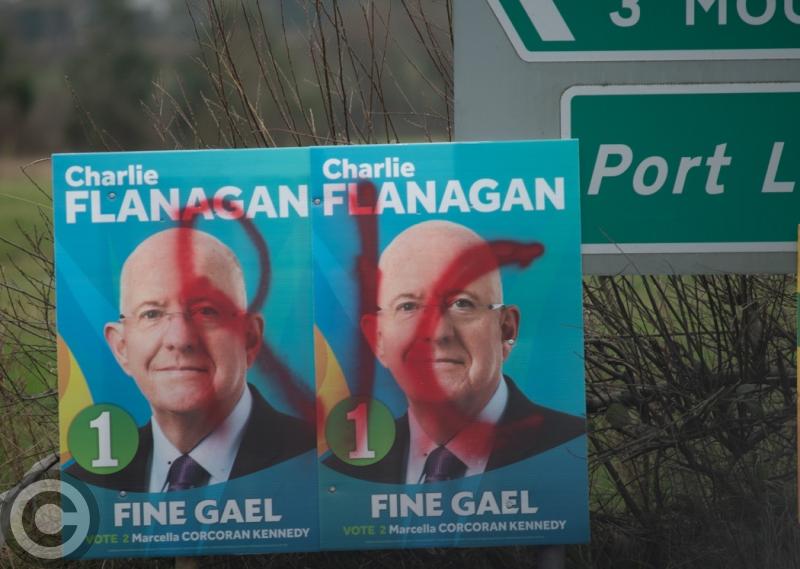 The General Election campaign posters of the Minister for Justice and Laois Offaly candidate Charlie Flanagan have been defaced with RIC lettering outside of his home town.

The posters were located in Derrycloney on the busy Portlaoise road into Mountmellick.

A spray can appear to have been used to spray the letters RIC in red across the front of the posters.

Locals report that were defaced overnight on Monday/Tuesday, January 20-21.

The defacement comes in the wake of the controversy involving the Government's plan to commemorate the Royal Irish Constabulary and the Dublin Metropolitan Police which was being overseen by Minister Flanagan. It was subsequently called off after opposition from many quarters.

"It will be a matter for the new Government. I accept that the consultation could have been better and broader. It’s not something I’m prioritising over the course of the next few weeks," he told reporters.

As to some of the reaction on social media to the event.

"I take the slings and arrows of politics. I don't take these issues personally," he said.

The defaced posters had been removed by Wednesday.