What are the General Election posters laws and rules? 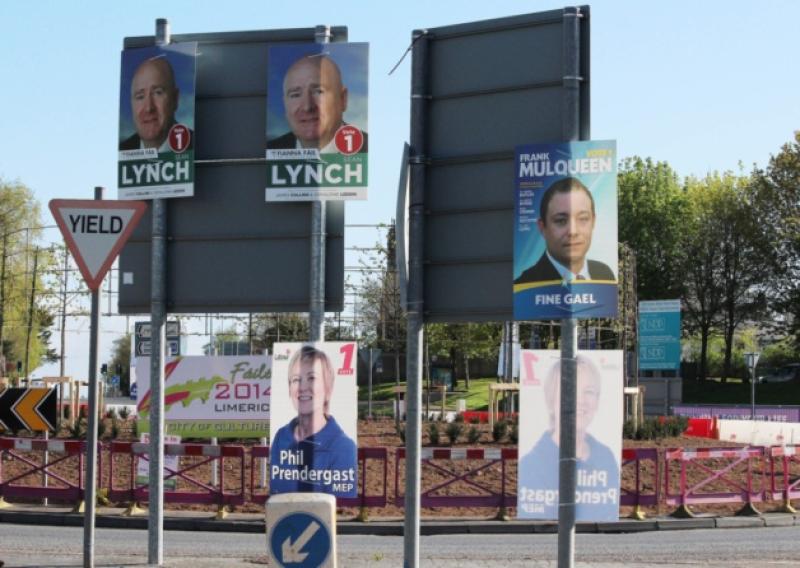 An election poster question and answer information sheet published by the Department of Communications, Climate Action and Environment set out the rules and regulation about posters used by politicians to win the vote in Ireland

Posters must be removed within 7 days of polling day. These requirements for election posters are set out under section 19 of the Litter Pollution Act 1997 and the Electoral (Amendment) (No. 2) Act 2009.

The general Elections Order 2020 was signed on 14th January 2020 and fixed the polling day for the elections on 8th February 2020. Posters can be erected in this case from 14th January.

There is a requirement for candidates to remove all posters including any cable ties within 7 days of the poll. Failure to comply with these conditions constitutes an offence.

Can posters be put up on billboards?
This is commercial advertising rather than election postering. As such, any person may purchase this advertising space at any time of the year to advertise their product/service. There are planning regulations relevant to this type of advertising space and it's best to check with your local authority planning section.

Can people park vehicles with election/referendum slogans printed on the side in free parking spots?
This is not an offence under the Litter Pollution Acts, however, section 19 of the Litter Pollution Act 1997 does make it an offence to place adverts (e.g. flyers) on mechanically propelled vehicles unless they are secured by mechanical means. This, for example, prohibits the placement of flyers under wiper blades.

Can local authorities remove posters?
Section 20 of the Litter Pollution Act 1997 gives local authorities powers to serve notices on occupiers of property, visible from a public place, to remove advertisements if it appears to the local authority that it is in the interests of amenity or of the environment of an area to do so.

What penalties are in place for breaches of the legislation governing election posters?
The responsibility for enforcement of litter law lies with the local authority. Any election posters in place before or after the stipulated timeframe are deemed to be in breach of the legislation and are subject to an on-the-spot litter fine of €150. Local authorities are also responsible for the removal of posters which constitute a hazard to either pedestrians or road users. Complaints about such posters should be made directly to the appropriate local authority stipulating their exact location to enable local authorities to arrange for their removal.

What is the penalty if the name and address of the printer and publisher is not printed on the poster?
Where a person is guilty of an offence, such person shall be liable on summary conviction to a fine not exceeding €634.87 or, at the discretion of the court, to imprisonment for a period not exceeding three months or to both such fine and such imprisonment.

Where can posters be erected so they do not cause a disruption to road users?
The Road Traffic Acts contain requirements in relation to maintaining clear lines of sight for road users which may impact on where posters can be placed, e.g. not on road signs, at traffic junctions or on roundabouts where they may cause road safety risks. It is an offence to erect any sign or notice that makes a traffic sign less visible to road users (Road Traffic Act 1961, Section 95, Subsection 14).  Those erecting posters should exercise extreme caution when on or near roadways and should be aware of their own and other road users physical safety, e.g. crossing busy roads, obstructing footpaths, parking of vehicles etc.  For more information, check with the Roads section of your local authority.

Are there any planning requirements for putting up posters?
In general planning permission is required for the erection of posters unless specifically exempted. Part 2 of Schedule 2 of the Planning and Development Regulations 2001-2013 provides that the erection of election posters is exempted development subject to certain conditions and limitations and the general restrictions on exemptions provided for in article 9 of the Regulations. If you have any queries in this regard you should contact your local planning authority who will advise you on the matter of whether the posters you wish to put up would be exempted development. In addition, Dublin City Council, for instance, have rules for public notices relating to the size of text and images.  Again, you should contact your local authority with any queries.

What is the Relevant Legislation?