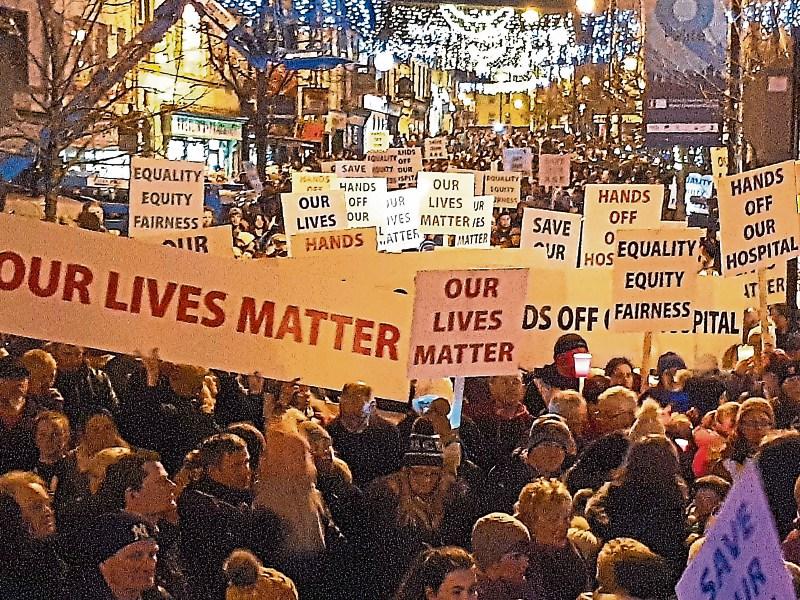 In a statement, Dep Fleming said his "top priority", if returned as TD, will be to secure the retention of the Accident & Emergency (A&E) services in the hospital in Portlaoise on a 24 hour a day/7 day a week basis. The HSE recently conifirmed that 38,500 patients were seen in the Emergency Department in 2019.

"I met with the Portlaoise Hospital Action Committee in recent days and had a very productive and constructive meeting.  I said the first thing I will do when the Dáil resumes will be to ask the new Minister for Health to meet the Hospital Action Committee and interested parties locally to see first-hand the absolute need for the retention and enhancement of services in the A&E Department in Portlaoise.

"Also, I will use this meeting as an opportunity to impress on the new Minister the need for other improvements in services in Portlaoise in view of the fact that Co. Laois and surrounding areas is the fastest growing area in the country.

"Finally, I have a strong record in defending and supporting the hospital in Portlaoise since the first day I was elected as a TD and if re-elected I will continue to do so and ensure it is my No. 1 priority for Co.  Laois into the future," he said.

The HSE's Dublin Midland Hospital Group has a plan to downgrade the Midland Regional Hospital Portlaoise removing, A&E, ICU, paediatrics, maternity and most surgery. It wants to reconfigure the hospital to mainly diagnostic and disease management work though it will retain a local injury unit.

Hospitals in Dublin, Kildare and Offaly will be the main facilities to pick up the slack under the plan which was presented to the Minister for Health Simon Harris in November 2017.

Minister Harris has not pressed the button on its implementation but promised consultation with locals soon after he received the proposals. He has yet to commence this process but has promised to do so on many occasions in the Dáil.

During the recent trolley crisis, the chief executive of the HSE said the future of A&Es around Ireland must be examined. Mr Paul Reid did not rule out a downgrade of Portlaoise's emergency department.