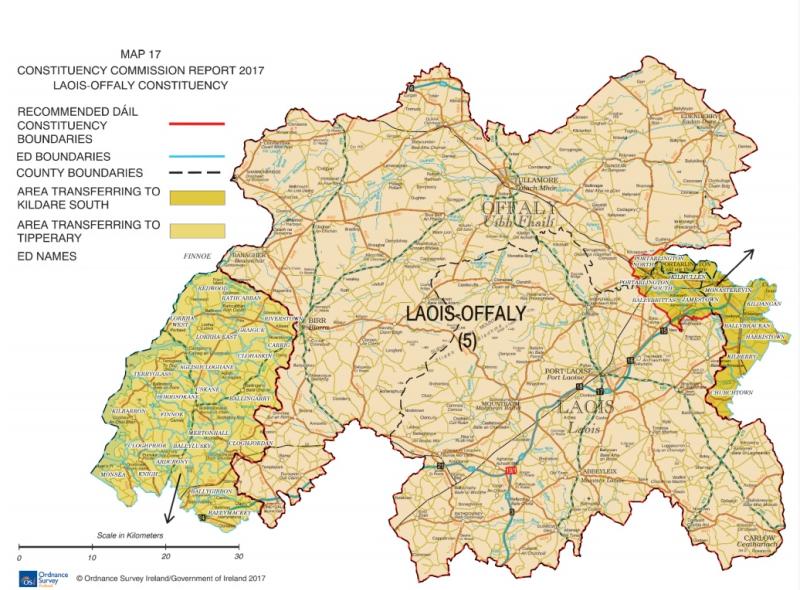 A total of 15 candidates will be on the General Election ballot papers of thousands of voters across Laois and Offaly on Saturday, February 8 next.

A total of five seats are on offer in the reunited constituency meaning that at least one of the sitting six Laois and Offaly TDs will not be returning to the Dáil.

Eight of the candidates are based in Laois while seven live on the Offaly side of the constituency which is losing Portarlington and surrounding areas to south Kildare due to a big boundary change.

Just over a quarter of the candidates are women.

Each county had three TDs in 2016 when Laois and Offaly was split in two for the first time.

Former Taoiseach Brian Cowen stood down as TD for Laois Offaly prior to the 2011 election when Fianna Fáil lost a seat to Sinn Féin.

Sean Fleming topped the poll in Laois in 2016 while Barry Cowen led the way in Offaly last time out. Charlie Flanagan was the poll topper in Laois Offaly in 2011.