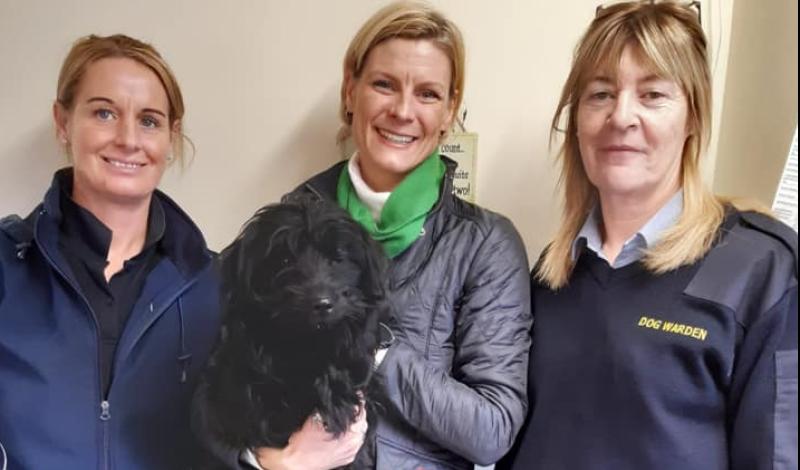 Animal welfare is being overlooked in the General Election campaign sidelined by candidates, according to the Green Party hopeful who is contesting the Laois Offaly constituency.

Senator Pippa Hackett has highlighted animal welfare as an election issue after a report that three puppies which were thrown from a car near Rhode in Co Offaly and the conviction of a man for animal cruelty near Tullamore.

Ms Hackett is the party’s Spokesperson on Animal Welfare and an animal lover.

“This is always one aspect that is overlooked by most candidates in elections. It is constantly sidelined by politicians as unimportant, and while they are busy chasing headlines in other areas, animal welfare gets ignored.

“One thing I always notice when out canvassing, that almost every house I knock on has at least one pet, sometimes more, and mainly dogs, so pets are important to people in Offaly. I always have to laugh when people come to the door, and their overexcited canine friend wants to get out to greet me first. I’ve actually had dogs pull my canvassing card back through letterboxes – hopefully not to chew up!

“In conjunction with the Irish Society for the Prevention of Cruelty to Animals (ISPCA), the Green Party has called on the government to implement responsible pet ownership into the school curriculum. How we treat our animals is a reflection of our society as a whole. If we can educate our children from an early age on how best to look after their pets, then we are teaching them some important moral values which they will hopefully nurture in other aspects throughout their lives.”

“I have visited the Offaly Dog Pound in Tullamore and seen the work they do to rescue and rehome dogs. Animal welfare charities like the OSPCA are almost wholly reliant on the public for support, and they work incredibly hard to help and protect neglected animals.

"I have seen the great work that is done by these organisations, and virtually all by volunteers. The Green Party has a very close working relationship with the ISPCA and other welfare groups, and we all want to see the best protection for our animals.

“Despite what the other candidates and political parties think about animal welfare, rest assured that animal welfare is high on the agenda of the Green Party.  We are the only party with a dedicated animal welfare policy, and we are constantly working to improve it, in conjunction with other relevant bodies. It was the Greens that began the process to stop fur farming here in Ireland, and we have called on stricter law enforcement and penalties for those responsible for animal cruelty.

"The level of support for animal welfare organisations from the government is totally insufficient, and having consistently demanded an increase in funding for this sector for years, this is just one aspect we are looking to fulfil should we get the chance to go into government," she said.