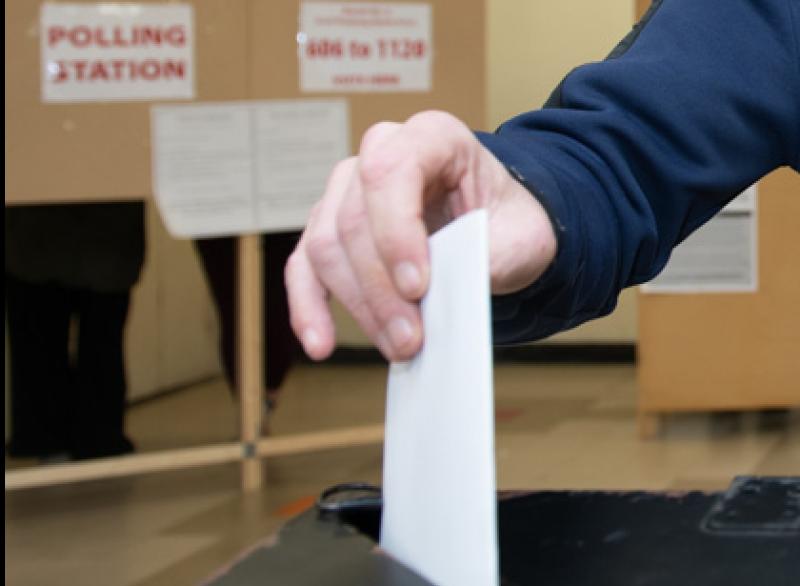 The poll is relatively good news for Fine Gael as it shows them recovering some lost ground revealed in opinion polls. They lead the way marginally over Sinn Féin who will also be happy with the showing though it is down on the final opinion poll which saw them being backed by 25% of the electorate.

Sinn Féin polled extremely well among young people getting nearly a third of the 18 to 24 voters.

The downside for Sinn Féin could be that they have far fewer candidates than Fine Gael and Fianna Fáil which means they might not match the other two parties in terms of seats won. However, FG and FF may have too many seats for the amount of candidates

The main poll was carried out by the Irish Times’ pollsters Ipsos MRBI and was commissioned jointly by The Irish Times, RTÉ, TG4 and UCD.

The poll was carried out across the country in 250 polling stations across all constituencies. A total of 5,000 people were polled on their first preference vote.

The results are as follows:

Analysing the exit poll results David McCullagh of RTÉ said that given they are so close it would be 'very foolish' to predict who would come out on top. He indicated that the result could result in another General Election.

Pat Leahy of the Irish Times described the result as 'extraordinary' and there has never been an outcome like this before.