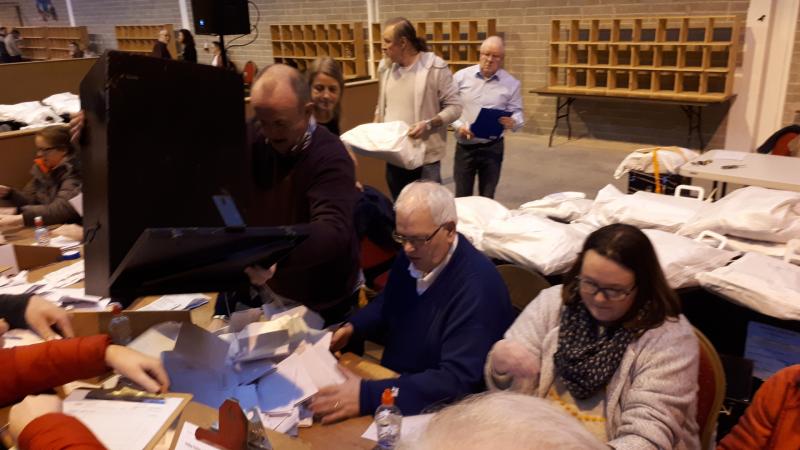 Laois and Offaly votes will be counted in two couties

Nailbiting General Election counts are on the cards in Portlaoise and Punchestown to see who will represent people living in Laois and Offaly in the next Dáil.

Voting got underway in the Laois Offaly and Kildare South count centres at 9am on Sunday morning, February 9 to find out who will fill the nine seats on offer.

Laois has welcomed Offaly General Election votes across the Slieve Bloom mountains to be counted on Sunday while ballot papers from both counties have been sent to Kildare under a redrawing of the constituencies in 2017.

Thousands of votes are being emptied out of boxes this Sunday in Portlaoise as the counting of votes gets underway to discover the local outcome of General Election 2020.

A certain casualty is on the cards as five Dáil seats are up for grabs with six TDs in the field.

Meanwhile, thousands of other Laois Offaly votes will cross the border into Kildare to Punchestown to be counted.

While Laois and Offaly are being reunited this time after a historic split in 2016, the election marks the first time in the history of the State that Laois voters will be asked to vote for Kildare representatives in the Dáil.

However, just three seats are up for grabs because one of the sitting TDs was the Ceann Comhairle of the last Dáil meaning he does not have to contest this time.

Read also: WHO CONTESTED IN LAOIS OFFALY AND KILDARE SOUTH

The Laois Offaly five-seater will represent a population of nearly 150,000 while Kildar South represents nearly 115,000.