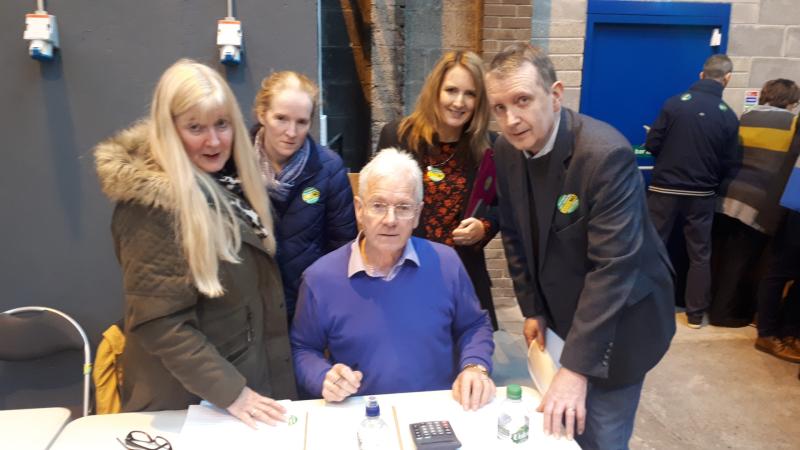 Sinn Féin TD Brian Stanley has gained extra votes in many areas in both Laois and Offaly according to tallies so far.

Before 11am, the party's election director Cllr Aidan Mullins gave an update to the Leinster Express on the surge of support.

"He is doing well in Offaly. We lost three councillors  and TD Carol Nolan in the local elections so we had no public representatives in Offaly. The county has rallied and got the vote out," Cllr Mullins said.

In Daingean alone in Offaly he got 126 first votes.

"The vote is over 20% in Offaly for Brian Stanley. This is only early indicators from the tallies. The poll from last night (Irish Times showing a three way tie of 22% for Fine Gael, Fianna Fáil and Sinn Féin) is fairly accurate. He is looking at 20 to 25%," he said.

"He is doing well in areas like Portlaoise as expected, but in other places too like Abbeyleix which would be normally a Fianna Fáil area," said Gerry Quinn, Chair of the Sinn Féin cumann in Portlaoise.