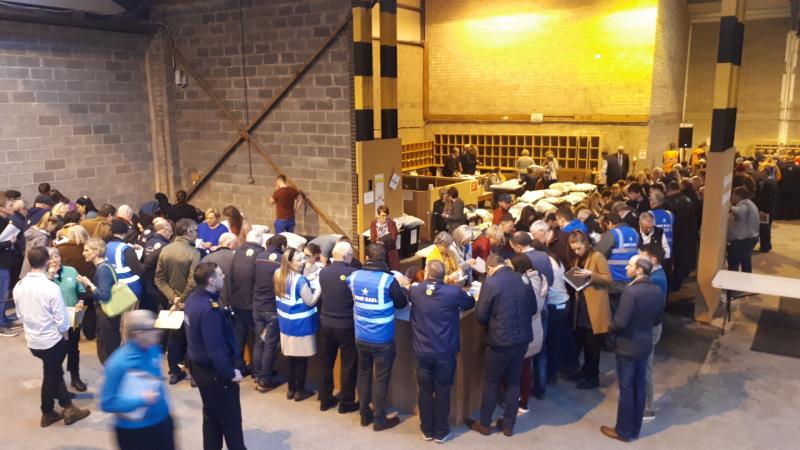 There was "apathy" to Fine Gael on the doorsteps that Laois Offaly Fine Gael director of Elections said was borne out in the votes.

Sinn Féin are romping across the line, Gerry Shinners told the Leinster Express at lunchtime in the count centre.

“What we are seeing at the moment is bearing out what was published last night on the RTE exit polls. Sinn Féin are definitely romping across the line," he said.

He is confident that Minister Flanagan will retain a seat, and hopeful for the second Fine Gael candidate Marcella Corcoran Kennedy from Offaly.

“We are certainly holding one and we still believe that we are in contention for the final one,” he said.

They had expected some loss of votes judging from the public’s reaction on the doorsteps.

“The canvass had been bearing out a level of apathy towards Fine Gael that we wouldn’t previously have experienced.

“But in the last week or so we were getting a pick-up which I think was reflected in the exit poll.

“We came back up, we bounced back,  or maybe Fianna Fáil bounced down,” he said.

It is certainly bearing out the fact that Sinn Féin have really seriously upped their turnout. How it’s ultimately going to affect us I’m not sure. The last seat is still wide open to be played for. A huge amount will depend on the transfers,” he said.

He said the RIC commemoration controversy was “badly handled”.

“The whole RIC think was I think ultimately it was badly handled. Maybe we are being punished for that I don’t know it’s hard to say.