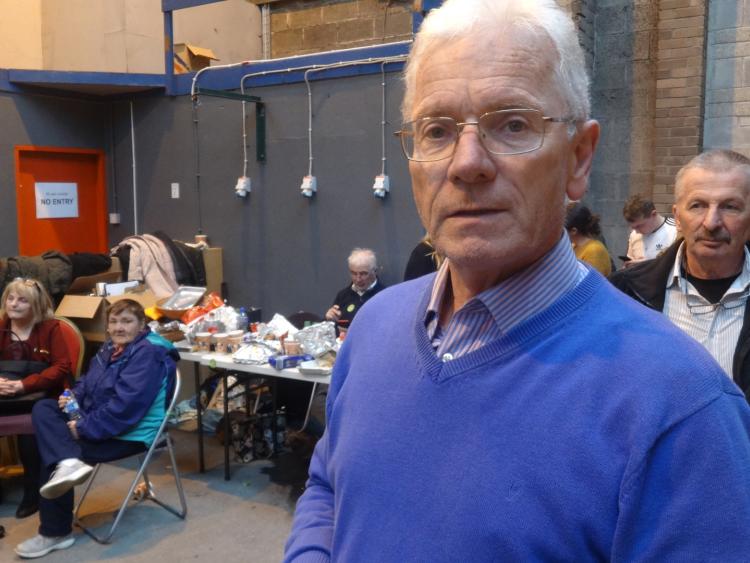 Cllr Aidan Mullins at the Laois Offaly county in Portlaoise

A Sinn Féin county councillor says he would resign from his party if they do a deal to go into Government with Fine Gael after the General Election.

"I am confirming if there are negotiations to go into Government and Sinn Féin are part of that, if Sinn Féin were to do a deal with Fine Gael, I'd be handing in my resignation the same day," he said.

"Firstly, the people voted this time that they wanted complete change and putting Fine Gael back into Government wouldn't be honouring the votes of the people this time.

"Secondly, my beliefs and the beliefs of Fine Gael are so far apart I wouldn't be able to reconcile them as an Irish republican. You have to have some principals in politics," he said.

He did not rule out a coalition with Fianna Fáil.

Cllr Mullins campaigned for outgoing TD Brian Stanley in the Laois Offaly constituency. He also knocked on doors for Cllr Patricia Ryan in Kildare South which includes a population of up to 12,000 living in Laois and Offaly around Portarlington.

Cllr Mullins was impressed with Cllr Ryan's performance. She is expected to top the poll in Kildare South.

"We certainly felt on the canvas that the Sinn Féin vote was holding up exactly as the polls were predicting. I am not surprised because there was a big Sinn Féin vote in the Portarlington district in the local elections and we believed that stayed with the party in the General Election and it may even have increased. We are certainly happy with the response we got in Portarlington," he said.

Patricia Ryan, the Sinn Fein candidate who looks set to top the poll in Kildare South responds to criticism she took a holiday during the #GE2020 campaign, “my family comes first, my politics comes second” @rtenews pic.twitter.com/ydL7MGZ1Ig