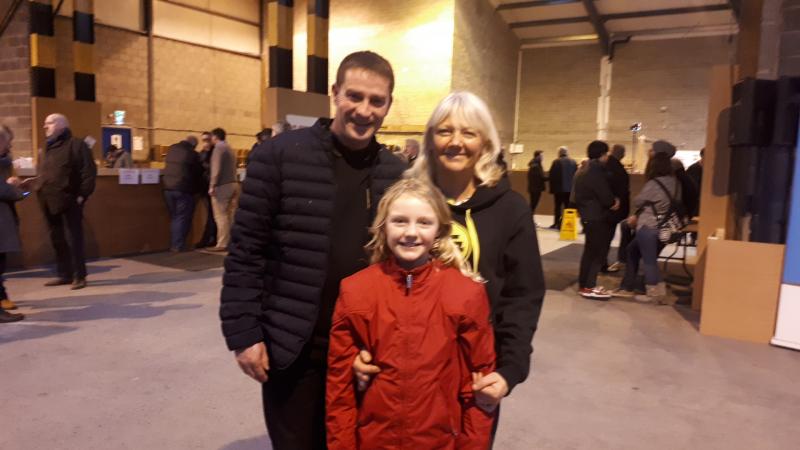 Sarah Delaney from Pike-of-Rushall with parents Grainne and Pat

One of the youngest people at the Laois Offaly election count centre is nine year old Sarah Delaney.

She is there with parents Grainne and Pat for what is already her second election count.

Her uncle is Independent Tipperary Cllr Jim Ryan so Sarah also was at the Local elections last May.

A student at Dromakeenan NS in Roscrea, Sarah and her family moved from Tipp to Laois last year.

Asked what she wants the new TDs to do when they gain their seats, Sarah is very clear.

"Climate. We need less plastic. The way people are trying to get everyone to use electric cars, but that will use electricity and lithium batteries," she said.

Her mother Grainne said Sarah has become educated on climate through school.

"Her teacher was explaining how lithium mining is done by children and is damaging to the environment as well. She is like many children now, worried about the climate. But we didn't see it coming up as much of an issue in the election," Grainne said.