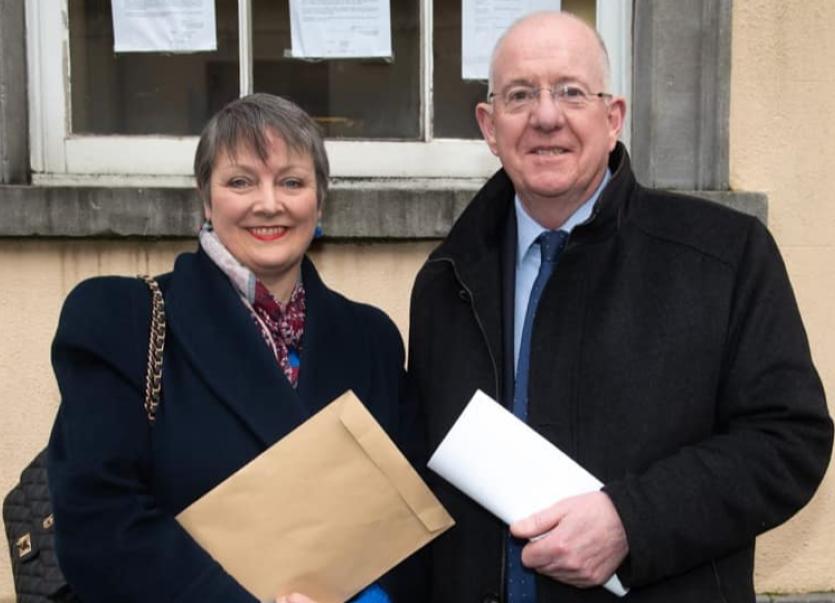 Outgoing Fine Gael TD Marcella Corcoran Kennedy is remaining hopeful of challenging for the last seat in Laois-Offaly in the 2020 general election.

She is currently sixth following the first full count in the constituency where she first won a seat in 2011. She received 4,519 first preference votes this time around, just less than 1,000 behind Carol Nolan, the current favourite for the fifth seat.

Marcella admitted that she could foresee "a shift" in the vote coming during her campaign.

"I suppose the poll-topper Brian Stanley and with the polls, people could see a shift happening. I put in a terrific campaign and had a fantastic team around me but we did detect there was going to be a change but depending on transfers, I never say never. Hopefully, I'll be in with a shout the same as others for the last seat," she said.

The former junior minister said the destination of Brian Stanley's sizeable surplus was somewhat unknown, but conceded that Carol Nolan could pick up a large portion.

"You'd have to say a certain amount would go back to Carol Nolan but where the rest of them go, goodness knows. After that then they'll start eliminating the lower down people and certainly when they come to the Offaly eliminations, Cllr Leahy, Senator Hackett, I'll be hoping to get a bounce there so we'll have to wait and see. It's all to play for."

Speaking about her campaign, Marcella said "no one issue dominated" and said her supporters had some "great conversations with people on the doorsteps." Bord na Mona job losses were high on the agenda and she admitted: "the transition was a challenge."

"I worked really hard to try and mitigate that in terms of the Just Transition fund and that will hopefully all remain in situ and ensure the workers that remains have work and also that the people who are retiring will have opportunities to do new things and take up new training."

Looking at the national picture, Marcella said she would not be giving an opinion on the Fine Gael party's long-held stance to avoid doing business with Sinn Féin, saying that she respected the party policy but she did say, "Sinn Féin are not a normal political party and I understand completely why our leadership has taken the position they've taken."

She would not be drawn on the potential make-up of the new government but said, "it also depends on what the appetite of the various parties is to taking responsibility for government because government is about governing and hard decisions have to be made. Some parties are not in a position to take those decisions and may look and think it's much nicer in opposition," she concluded.