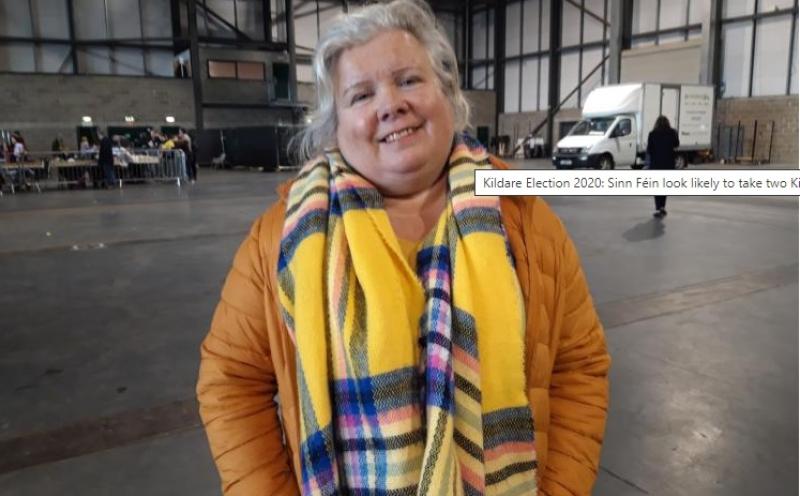 A Sinn Féin candidate has topped the poll in a constituency which includes nearly 12,000 Laois and Offaly people.

She odds on to get elected with the quota set at 11,816. Fine Gael Parliamentary Party Chairman came in second with 8,069 number one votes.

Fiona O'Loughlin of Fianna Fáil is narrowly in third place with 5,927 number one votes. She is followed closely by Cllr Mark Wall of Labour who is based in Athy and the independent candidate Dr Cathal Barry who lives in Portarlington and recently retired from the Defence Forces.

Kildare South is a four seat constituency but just three seats are up for grabs because the outgoing Dáil Ceann Comhairle is a Fianna Fáil TD in Kilare South.

The following is the full breakdown.

The second count involves the elimination of Mhic Gib and Ui Bhroin and the transfer of their votes to other candidates.

Sinn Féin is also on course to secure a seat in Kildare North.