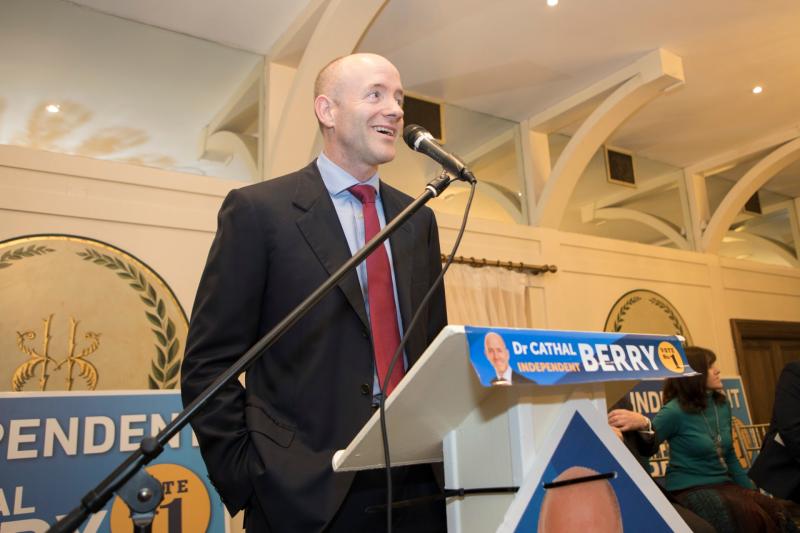 Portarlington will have a TD who has a residence in the town for the first time in nearly a century.

The breakdown was as follows:

As none of the candidates reached the quota, Ms O'Loughlin is eliminated and Martin Heydon and Cathal Berry were duly elected.

Dr Berry retired recently from the defence forces. Soon after he spoke out about the conditions in the defence forces. His General Election campaign in Portarlington and surrounding areas was backed by Cllr Paul Mitchell and other supporters of former TD and Minister of State Tom Parlon.

John Gill was elected for Portarlington in 1927 but it was a short-lived Dáil in 1927.

Despite being a border town, Portarlington and surrounding areas were taken out of Laois Offaly at this election and placed in South Kildare which gained a seat. Laois and Offaly reverted back to a five-seat constituency this time.