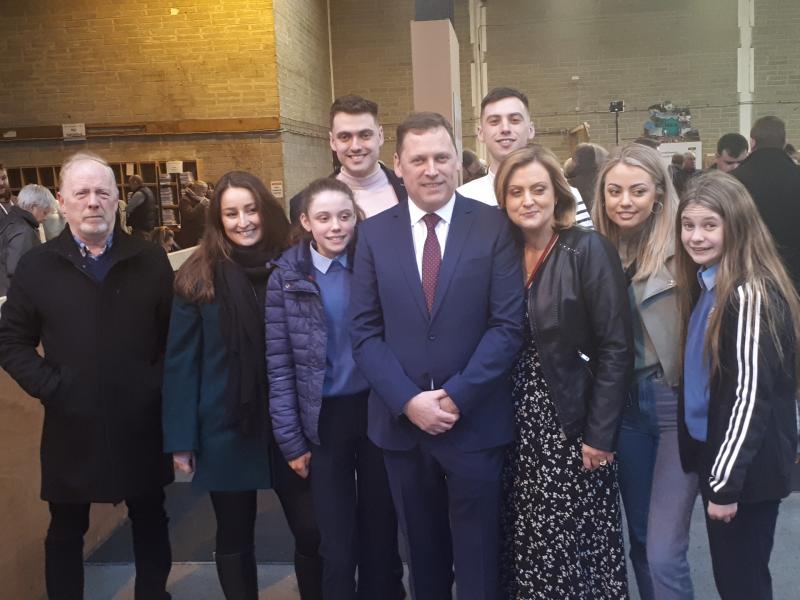 Fianna Fáil TD Barry Cowen has become the second TD returned to the Dáil after his election was confirmed at the count centre in Portlaoise today.

The Fianna Fáil TD passed the quote reaching a total vote of 12,162. Votes from his running mate Peter Ormond pushed Mr Cowen over the quota threshold of 11,571 on 8th count.

He was raised aloft by his supporters and was surrounded by his wife and children when the result was read out shortly before 4pm.

Mr Cowen is likely to be followed by his Laois Fianna Fáil colleague Sean Fleming in the next couple of counts with Carol Nolan and Charlie Flanagan poised to take the final two seats.

Dep Cowen was first elected in 2011 following the retirement of his brother and former Taoiseach Brian Cowen. He was subsequently elected to the three-seat Laois Offaly constituency in 2016.